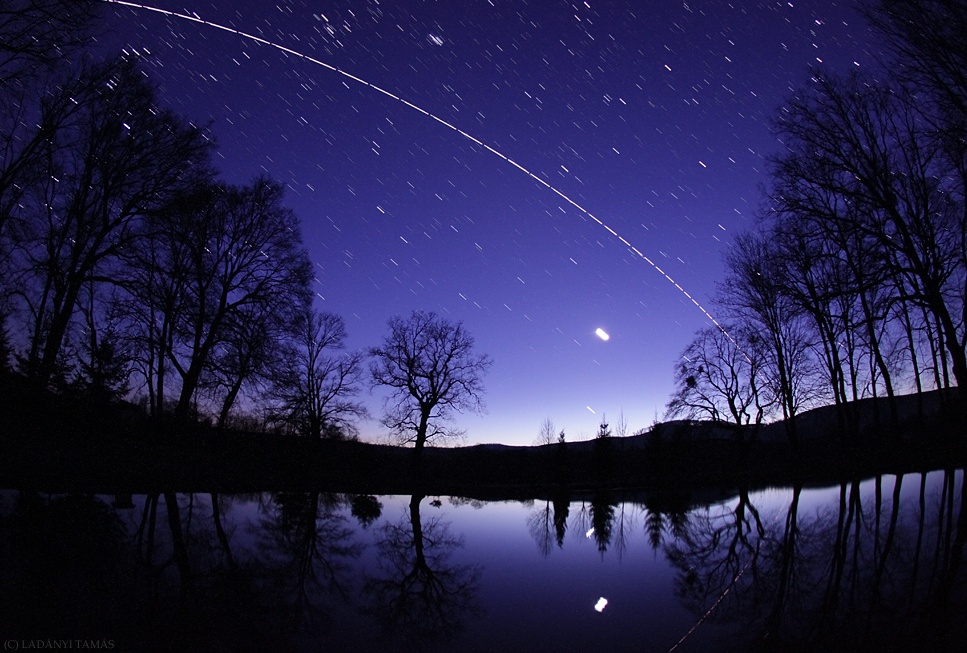 Explanation: As evening twilight faded on March 7, sky gazers around planet Earth enjoyed a beautiful pairing of young crescent Moon and brilliant planet Jupiter. Along with stars setting in the west, the two bright celestial beacons, Moon above and Jupiter below, leave short trails in this well-planned time exposure, a composite of 54 individual frames each 4 seconds long. On its final flight, the Space Shuttle Discovery and International Space Station form the second close pairing in the night skyscape. Still glinting in the sunlight in low Earth orbit, they gracefully trace overlapping arcs from lower right to upper left. Moon, Jupiter, Discovery, and ISS are reflected in the calm waters of Lake Bakonybél, Hungary. Want to see the sequence of frames as a short youtube video? Check it out here. In the video, the trails of the ISS and Discovery are seen to separate as the pair passes above the Moon.