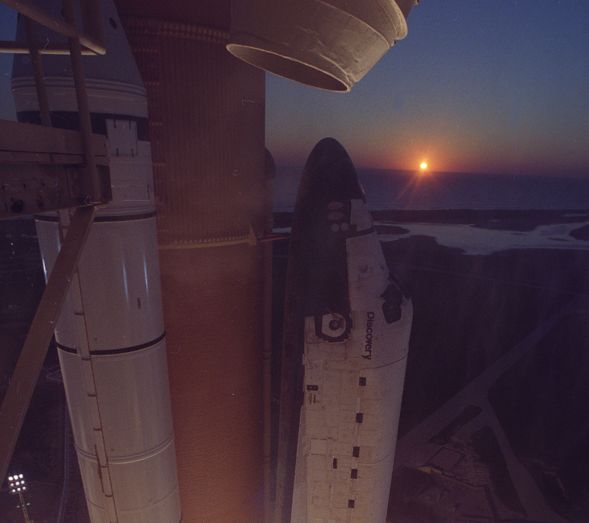 Explanation: Welcome to the equinox! Moving northward in Earth's sky, today the Sun crosses the celestial equator at 13:31 Universal Time bringing Spring to the north and Fall to the south. The change of season is known as an equinox as the Sun rises due east on the horizon and sets due west -- providing an equal night, 12 night and 12 daylight hours, for both northern and southern hemispheres. In this picture from March 8, the Sun peers over the eastern horizon at the space shuttle Discovery's dramatic morning launch on mission STS-102. Having delivered supplies and taxied crew to the International Space Station, Discovery will remain in orbit for this first day of northern hemisphere Spring. Discovery is scheduled to land at Kennedy Space Center in Florida early tomorrow.