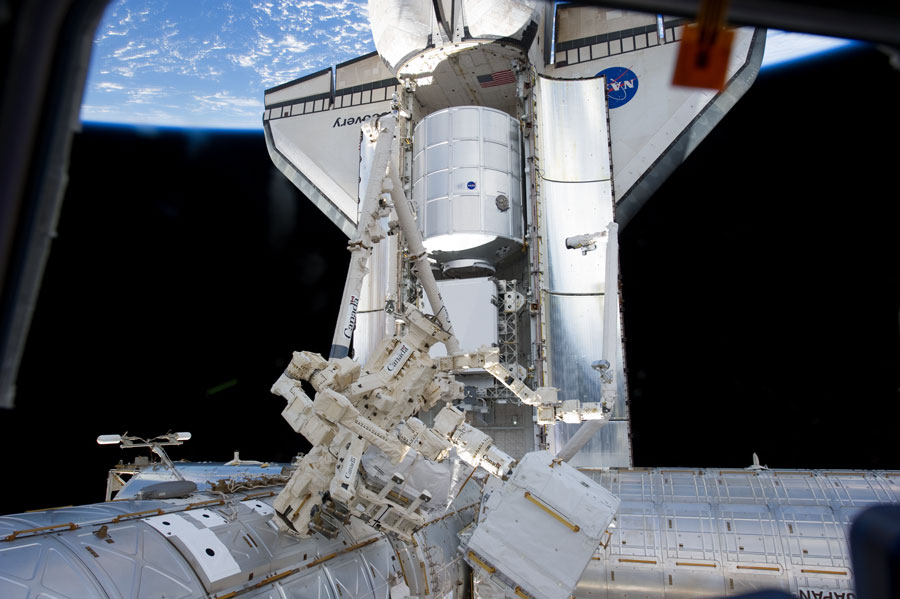 Explanation: What's happening outside the space station? A space shuttle has docked. Five days ago, the space shuttle Discovery was launched to the International Space Station, carrying six crew members and the large Leonardo Multi Purpose Logistics Module. Three days ago, as pictured above, the docked shuttle was prepared to be unloaded by the space stations Dextre robot and Canadarm2. The above expansive photo captures much more, however, including Japan's Kibo Experiment Module on the lower right, Earth across the top of the frame, and a seemingly starless backdrop of space in the distance. During the next week, the shuttle and ISS crews are scheduled to permanently attach Leonardo as well as fix and upgrade parts of the ISS. After 38 previous voyages, this is expected to be the last space mission for the Space Shuttle Discovery.