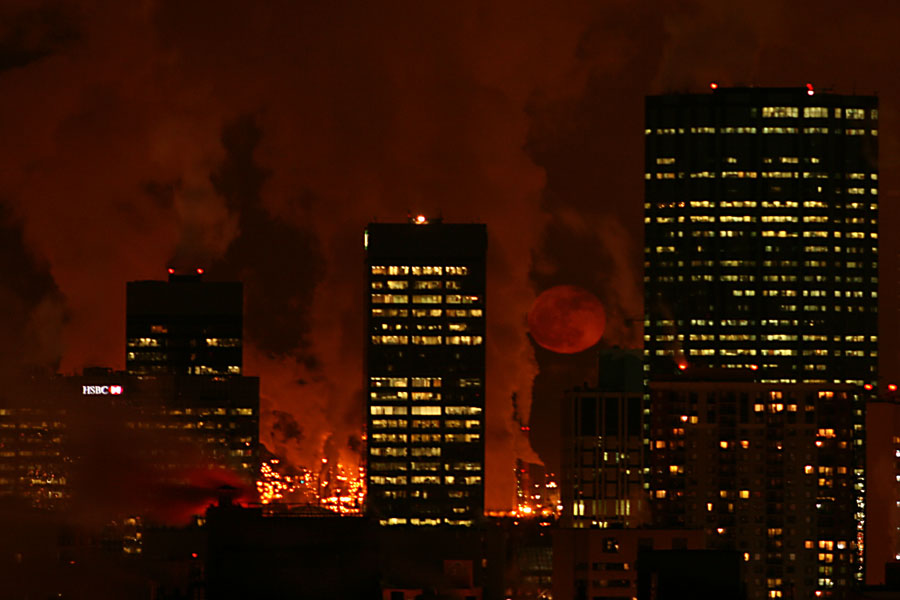 Explanation: What's hovering between those buildings? The Moon. The above image was taken two weeks ago as the full Snow Moon started to rise above Edmonton, Alberta, Canada. The odd coincidence between the angular size of the far distant Moon and the angular width of nearby buildings created a striking juxtaposition. Backing away from the buildings so to reduce their angular size was a key to planning the image. The temperature was so low, -25 C, that plumes of steam rose from neighboring oil refineries. The above image was taken during a momentary break in the plumes. The rising Moon appears red here for the same reason that a setting Sun appears red -- because blue light is preferentially scattered away by intervening air. In this case, the shimmering steam plumes likely also caused the Moon to appear slightly compressed. The next full moon, the full Worm Moon, will occur in mid-March.