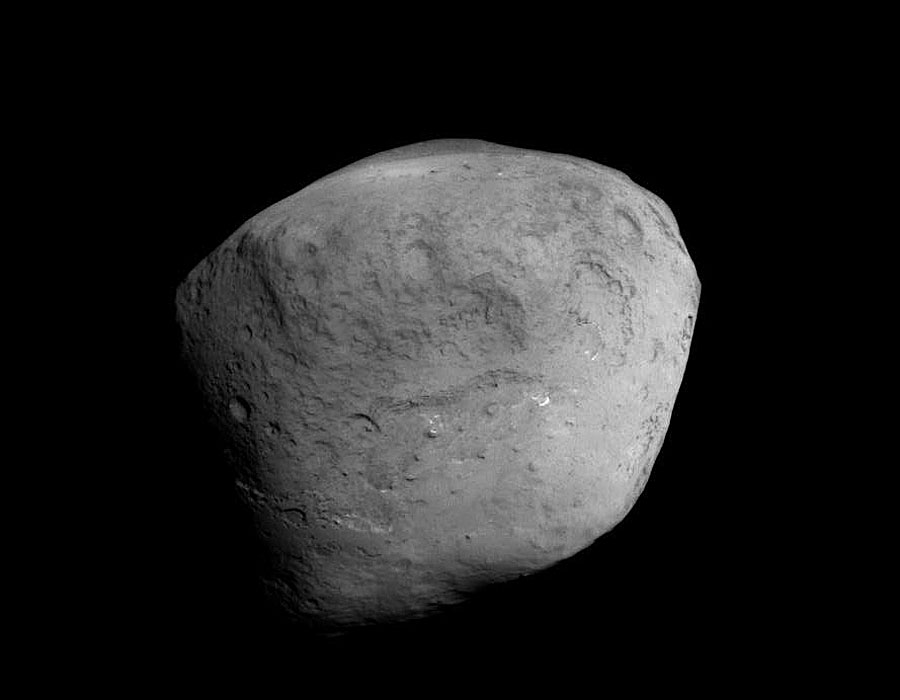 Explanation: No comet has ever been visited twice before. Therefore, the unprecedented pass of the Stardust-NeXT spacecraft near Comet Tempel 1 earlier this week gave humanity a unique opportunity to see how the nucleus of a comet changes over time. Changes in the nucleus of Comet Tempel 1 were of particular interest because the comet was hit with an impactor from the passing Deep Impact spacecraft in 2005. Pictured above is one digitally sharpened image of Comet Tempel 1 near the closest approach of Stardust-NeXT. Visible are many features imaged in 2005, including craters, ridges, and seemingly smoother areas. Few firm conclusions are yet available, but over the next few years astronomers who specialize in comets and the understanding the early Solar System will be poring over these images looking for new clues as to how Comet Tempel 1 is composed, how the 2005 impact site now appears, and how general features of the comet have evolved.