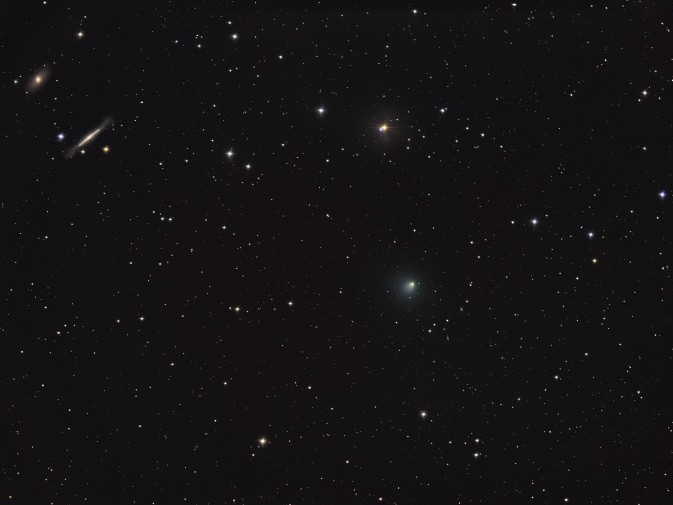 Explanation: Faint comet Tempel 1 sports a fuzzy blue-tinted tail, just right of center in this lovely field of stars. Recorded on May 3rd slowly sweeping through the constellation Virgo, periodic comet Tempel 1 orbits the Sun once every 5.5 years. Also caught in the skyview are two galaxies at the upper left - NGC 4762 and NGC 4754 - both members of the large Virgo Cluster of galaxies. Classified as a lenticular galaxy, NGC 4762 presents an edge-on disk as a narrow gash of light while NGC 4754 is a football-shaped elliptical galaxy. Similar in apparent size, the galaxies and comet make for an intriguing visual comparison, but Tempel 1 is only about 3 light-minutes from planet Earth. The two Virgo cluster galaxies are 50 million light-years away. NASA's Deep Impact spacecraft is scheduled to encounter Tempel 1 on July 4th, launching a probe to impact the comet's nucleus.