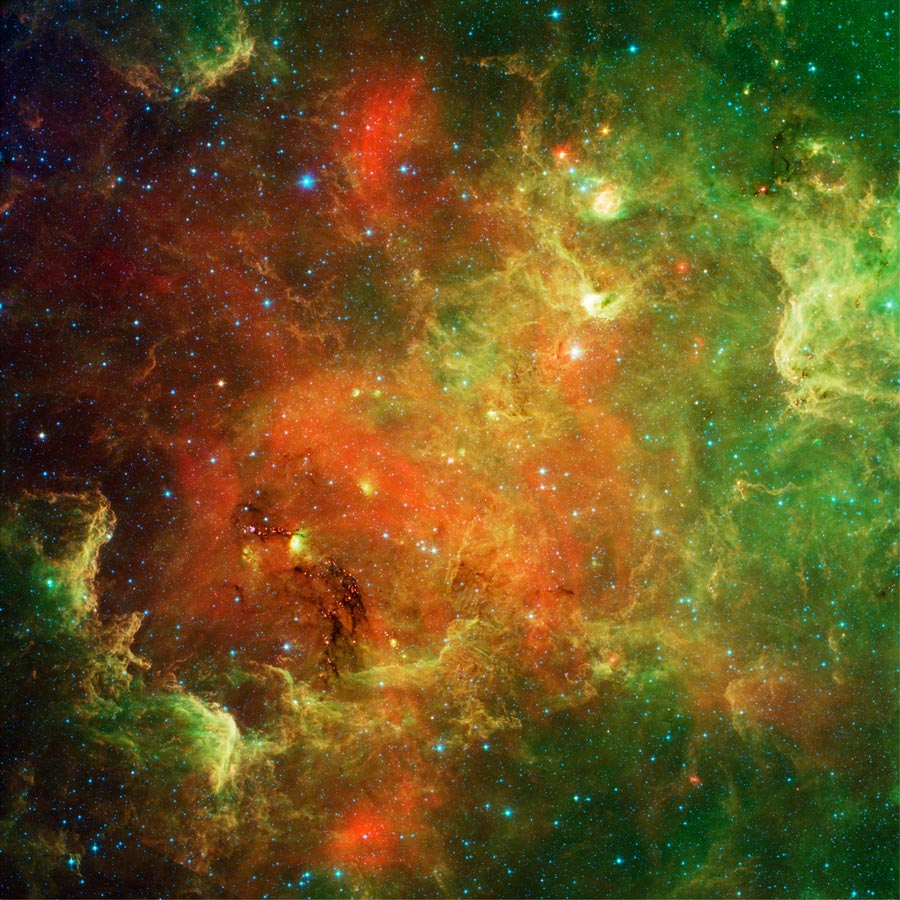 Explanation: The North America Nebula can do what most North Americans cannot -- form stars. Precisely where in the nebula these stars are forming has been mostly obscured by some of the nebula's thick dust that is opaque to visible light. However, a new view of the North America Nebula in infrared light by the orbiting Spitzer Space Telescope has peered through much of the dust and uncovered thousands of newly formed stars. Rolling your cursor over the above scientifically-colored infrared image will bring up a corresponding optical image of the same region for comparison. The new infrared image neatly captures young stars in many stages of formation, from being imbedded in dense knots of gas and dust, to being surrounded by disks and emitted jets, to being clear of their birth cocoons. The North America Nebula (NGC 7000) spans about 50 light years and lies about 1,500 light years away toward the constellation of the Swan (Cygnus). Still, of all the stars known in the North America Nebula, which massive stars emit the energetic light that gives the ionized red glow is still debated.