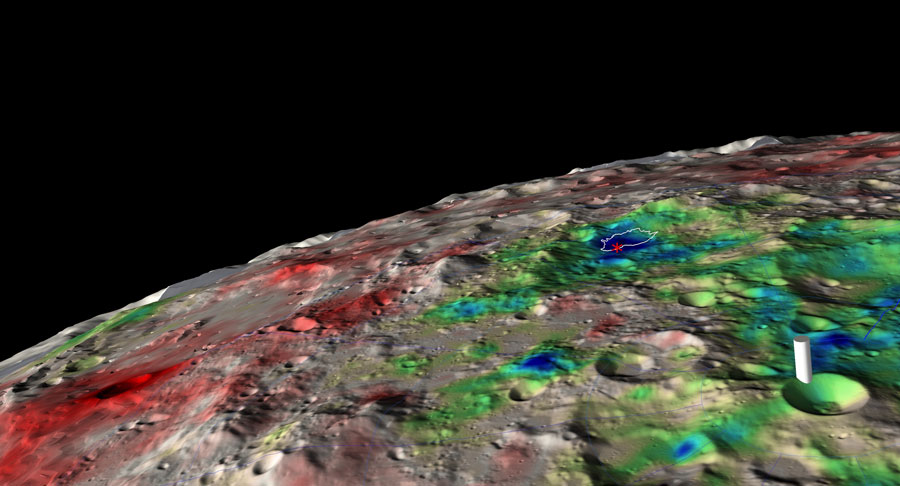 Explanation: Is there enough water on the moon to sustain future astronauts? The question has important implications if humanity hopes to use the Moon as a future outpost. Last year, to help find out, scientists crashed the moon-orbiting LCROSS spacecraft into a permanently shadowed crater near the Moon's South Pole. New analyses of the resulting plume from Cabeus crater indicate more water than previously thought, possibly about six percent. Additionally, an instrument on the separate LRO spacecraft that measures neutrons indicates that even larger lunar expanses -- most not even permanently shadowed -- may also contain a significant amount of buried frozen water. Pictured above from LRO, areas in false-color blue indicate the presence of soil relatively rich in hydrogen, which is thought likely bound to sub-surface water ice. Conversely, the red areas are likely dry. The location of the Moon's South Pole is also digitally marked on the image. How deep beneath the surface the ice crystals permeate is still unknown, as well as how difficult it would be to mine the crystals and purify them into drinking water.