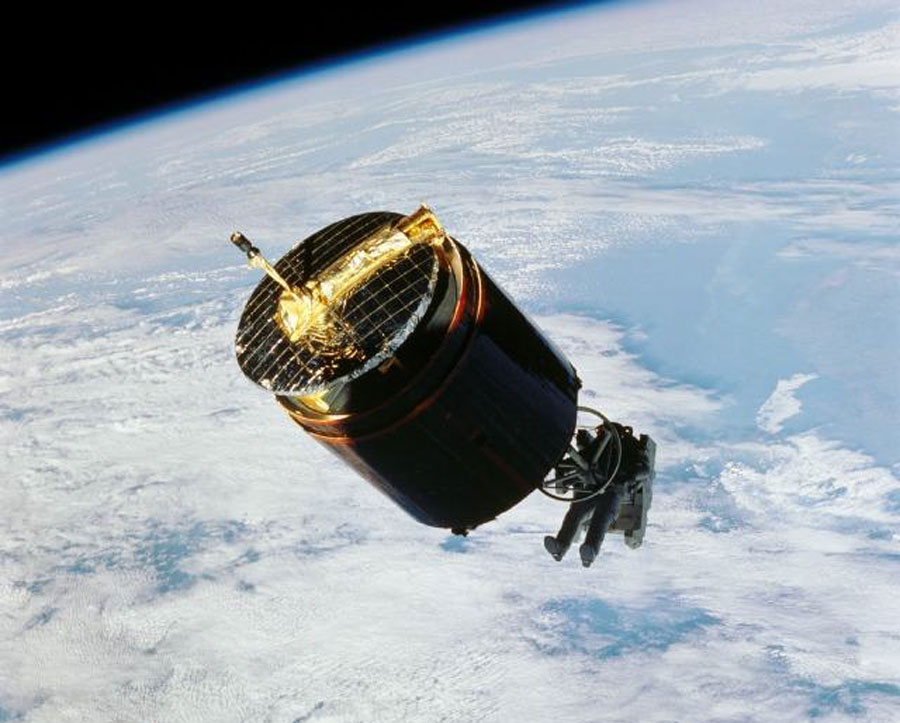 The Astronaut Who Captured a Satellite
Credit: STS-51A, NASA

Explanation: In 1984, high above the Earth's surface, an astronaut captured a satellite. It was the second satellite captured that mission. Pictured above, astronaut Dale A. Gardner flies free using the Manned Maneuvering Unit and begins to attach a control device dubbed the Stinger to the rotating Westar 6 satellite. Communications satellite Westar 6 had suffered a rocket malfunction that left it unable to reach its intended high geosynchronous orbit. Both the previously caught Palapa B-2 satellite and the Westar 6 satellite were guided into the cargo bay of the Space Shuttle Discovery and returned to Earth. Westar 6 was subsequently refurbished and sold.