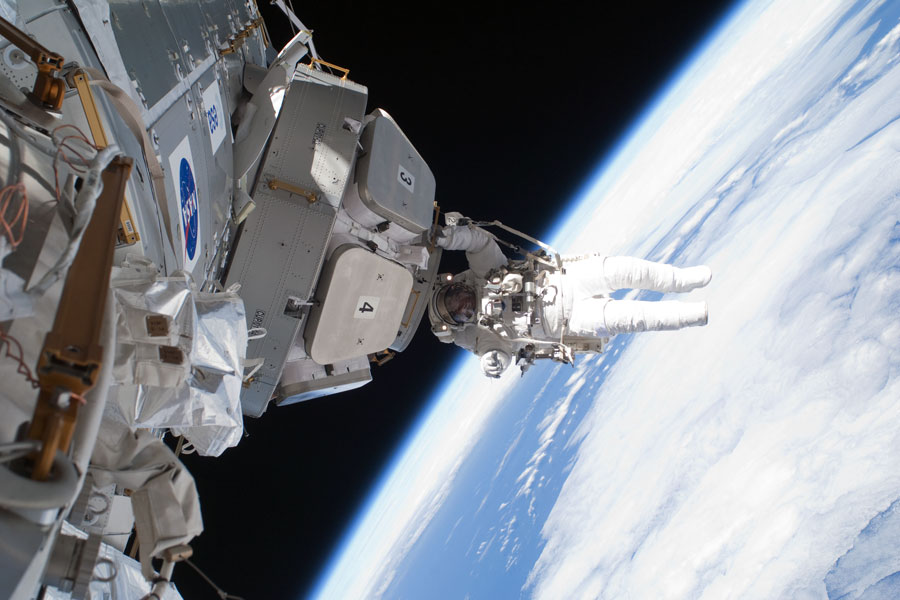 Explanation: This space job was almost complete. Floating just below the International Space Station, astronaut Nicholas Patrick put some finishing touches on the newly installed cupola space windows last week. Patrick was a mission specialist onboard the recently completed space shuttle Endeavor's STS-130 mission to the ISS. Pictured, Patrick floats near the outermost of seven windows on the new cupola of the just-installed Tranquility module. Patrick hovers about 340 kilometers over the Earth's surface, well in front of the blue sky, blue water, and white clouds pictured far in the background. In the above image, covers on windows three and four were in place and clearly labelled. Images from inside the ISS's new panoramic cupola are now available.