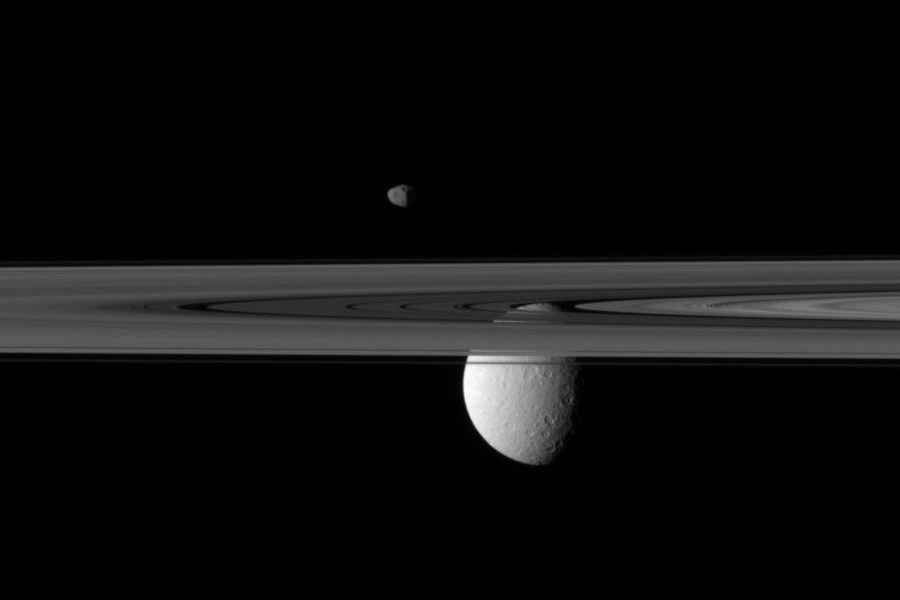 Explanation: What's happened to that moon of Saturn? Nothing -- Saturn's moon Rhea is just partly hidden behind Saturn's rings. In April, the robotic Cassini spacecraft now orbiting Saturn took this narrow-angle view looking across the Solar System's most famous rings. Rings visible in the foreground include the thin F ring on the outside and the much wider A and B rings just interior to it. Although it seems to be hovering over the rings, Saturn's moon Janus is actually far behind them. Janus is one of Saturn's smaller moons and measures only about 180 kilometers across. Farther out from the camera is the heavily cratered Rhea, a much larger moon measuring 1,500 kilometers across. The top of Rhea is visible only through gaps in the rings. The Cassini mission around Saturn has been extended to 2017 to better study the complex planetary system as its season changes from equinox to solstice.