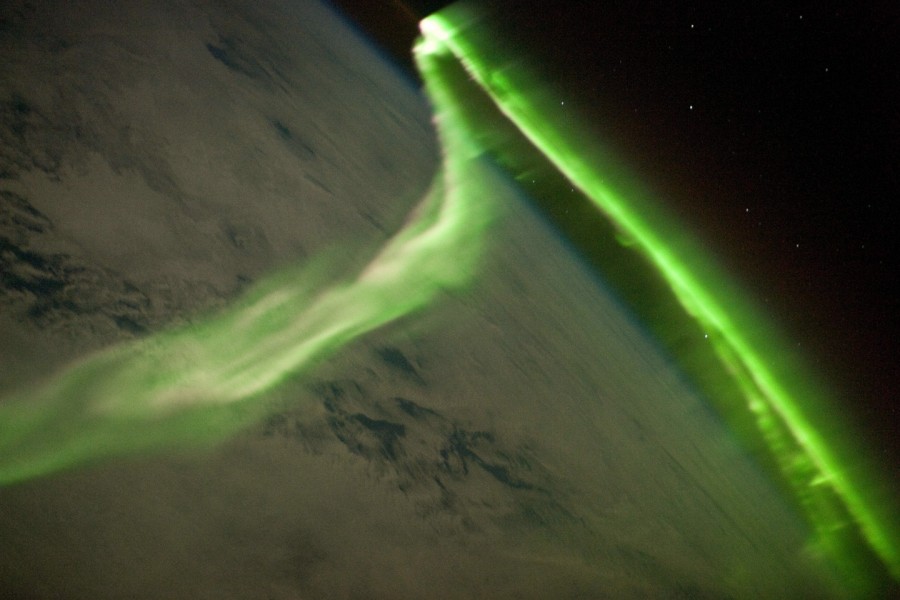 Explanation: On May 29, looking southward from a vantage point about 350 kilometers above the southern Indian Ocean, astronauts onboard the International Space Station watched this enormous, green ribbon shimmering below. Known as aurora australis or southern lights, the shifting, luminous bands are commonly seen at high northern latitudes as well, there known as the aurora borealis or northern lights. North or south their cause is the same though, as energetic charged particles from the magnetosphere pile into the atmosphere near the Earth's poles. To produce the characteristic greenish glow, the energetic particles excite oxygen atoms at altitudes of 100 kilometers or more. Aurora on May 29 were likely triggered by the interaction of the magnetosphere with a coronal mass ejection erupting from the Sun on May 24.