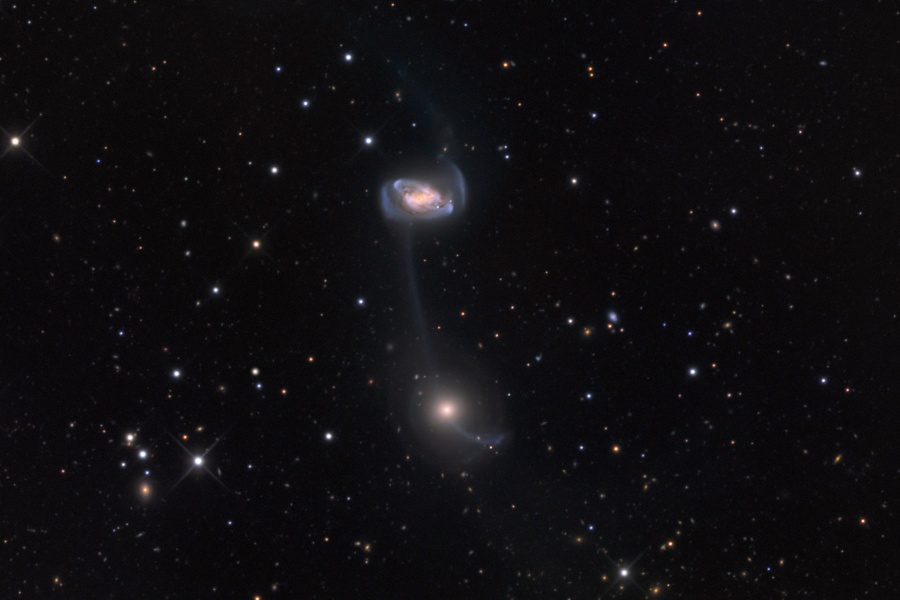 Explanation: Galaxies NGC 5216 (top) and NGC 5218 really do look like they are connected by a string. Of course, that string is a cosmic trail of gas, dust, and stars about 22,000 light-years long. Also known as Keenan's system (for its discoverer) and Arp 104, the interacting galaxy pair is some 17 million light-years away in the constellation Ursa Major. The debris trail that joins them, along with NGC 5218's comma-shaped extension and the distorted arms of NGC 5216, are a consequence of mutual gravitational tides. The tides disrupt the galaxies as they repeatedly swing close to one another. Drawn out over billions of years, the encounters will likely result in their merger into a single galaxy of stars. Such spectacular galactic mergers are now understood to be a normal part of the evolution of galaxies, including our own Milky Way.