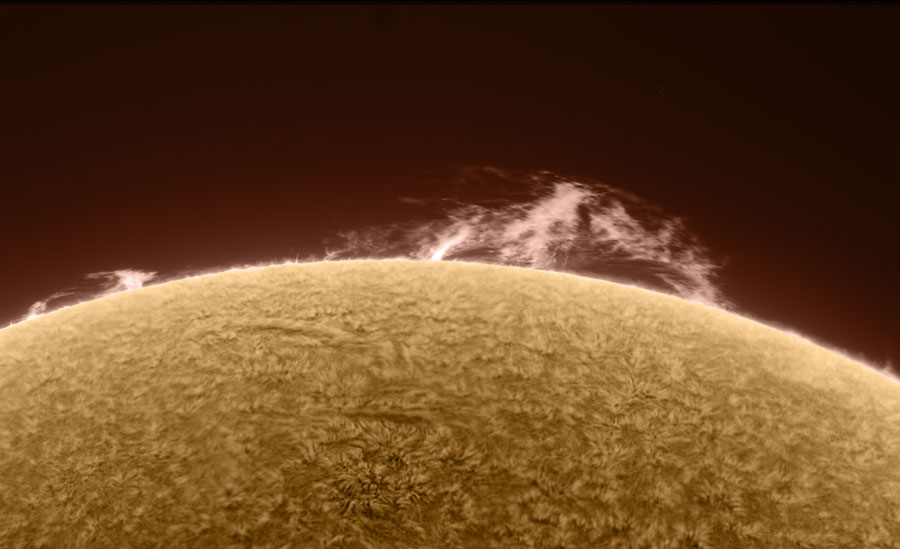 Explanation: Dramatic prominences can sometimes be seen looming just beyond the edge of the sun. Such was the case last week as a giant prominence, visible above on the right, highlighted a Sun showing increased activity as it comes off an unusually quiet Solar Minimum. A changing carpet of hot gas is visible in the chromosphere of the Sun in the above image taken in a very specific color of light emitted by hydrogen. A solar prominence is a cloud of solar gas held just above the surface by the Sun's magnetic field. The Earth would easily fit below the prominence on the right. Although very hot, prominences typically appear dark when viewed against the Sun, since they are slightly cooler than the surface. A quiescent prominence typically lasts about a month, and may erupt in a Coronal Mass Ejection (CME) expelling hot gas into the Solar System. The next day, the same prominence looked slightly different.