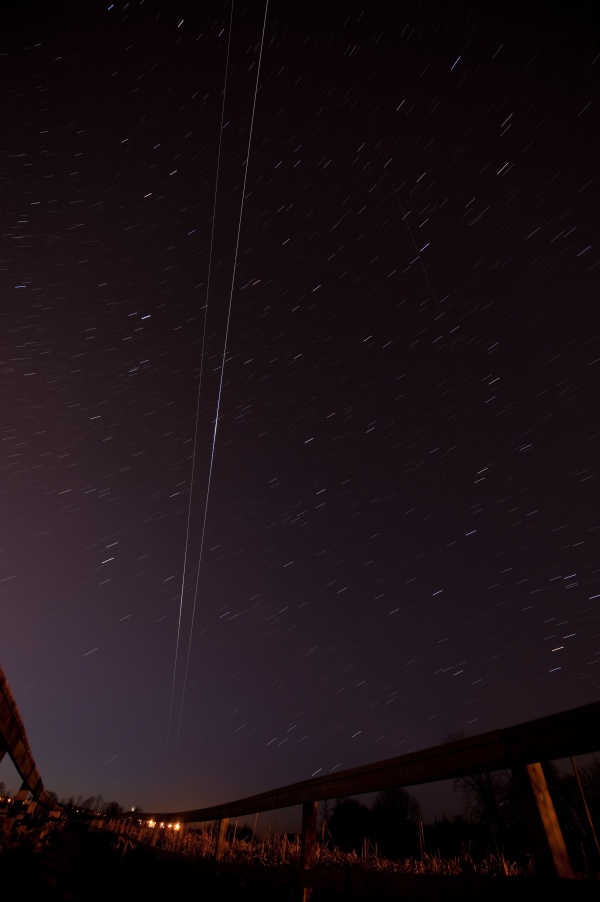 Explanation: On February 21st, the Space Shuttle Endeavour and the International Space Station (ISS) flew through the sky near dawn over Whitby, Ontario, Canada. Along with star trails, both were captured in this single time exposure. Glinting in sunlight 350 kilometers above the Earth, Endeavour slightly preceeded the ISS arcing over the horizon. But the brighter trail and the brighter flare belongs to the space station just visited by Endeavour. Near the completion of the STS-130 mission, hours later Endeavour made a night landing at Kennedy Space Center.