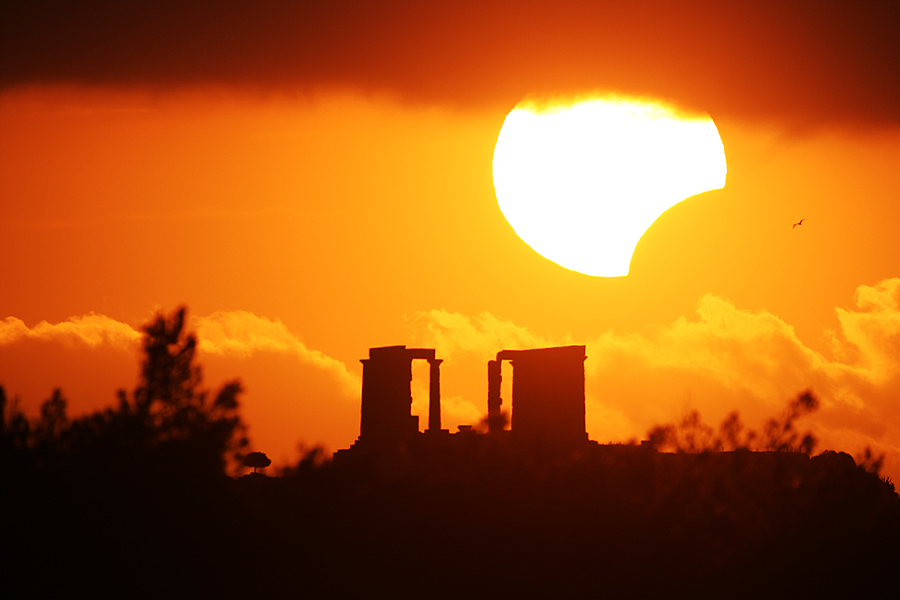 Explanation: What's happened to the Sun? The Moon moved to partly block the Sun for a few minutes last week as a partial solar eclipse became momentarily visible across part of planet Earth. In the above single exposure image, meticulous planning enabled careful photographers to capture the partially eclipsed Sun well posed just above the ancient ruins of the Temple of Poseidon in Sounio, Greece. Unexpectedly, clouds covered the top of the Sun, while a flying bird was caught in flight just to the right of the eclipse. At its fullest extent from some locations, the Moon was seen to cover the entire middle of the Sun, leaving the surrounding ring of fire of an annular solar eclipse. The next solar eclipse -- a total eclipse of the Sun -- will occur on 2010 July 11 but be visible only from a thin swath of the southern Pacific Ocean and near the very southern tip of South America.