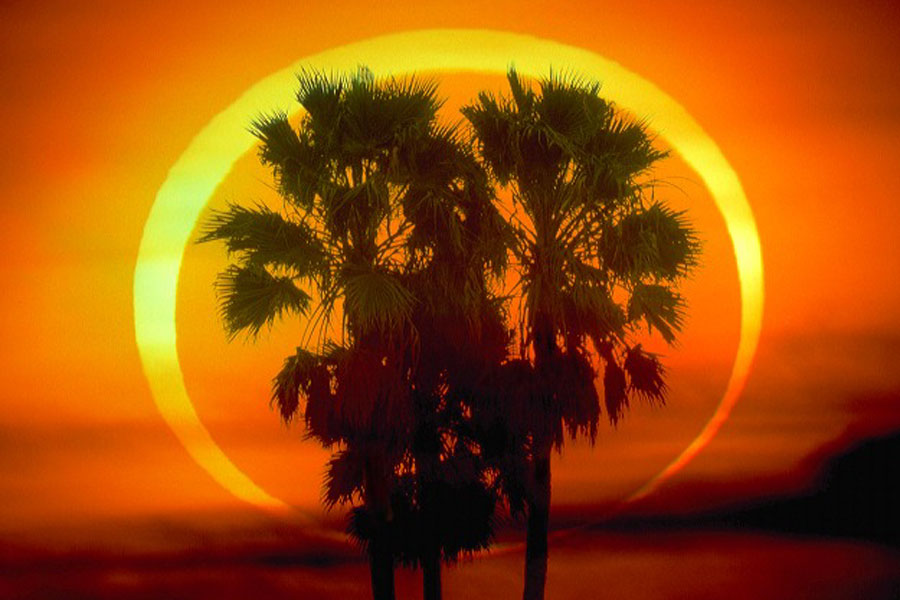 Explanation: Tomorrow, a few lucky people may see a "ring of fire." That's a name for the central view of an annular eclipse of the Sun by the Moon. At the peak of this eclipse, the middle of the Sun will appear to be missing and the dark Moon will appear to be surrounded by the bright Sun. This will only be visible, however, from a path that crosses the southern Indian Ocean. From more populated locations, southern Africa and parts of Australia, most of the Moon will only appear to take a bite out the Sun. Remember to never look directly at the Sun even during an eclipse. An annular eclipse occurs instead of a total eclipse when the Moon is on the far part of its elliptical orbit around the Earth. The next annular eclipse of the Sun will take place in 2010 January, although a total solar eclipse will occur this July. Pictured above, a spectacular annular eclipse was photographed behind palm trees on 1992 January.