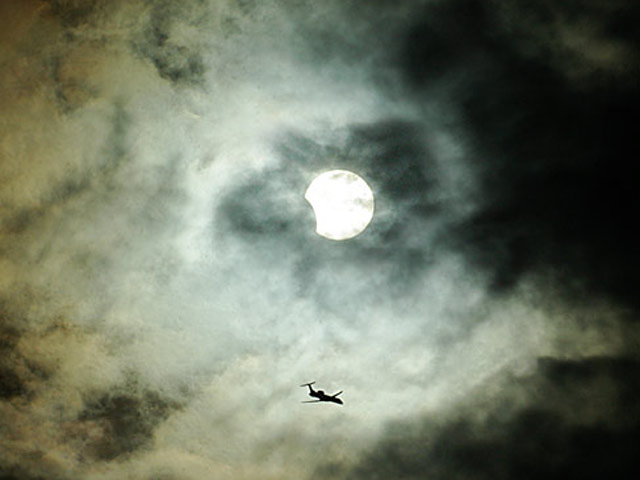 Explanation: How can part of the Sun just disappear? When that part is really hiding behind the Moon. Last Friday, the first partial solar eclipse of 2005 and the last total eclipse of the Sun until March 2006 was visible. During a solar eclipse, the Sun, Moon and Earth are aligned. The total solar eclipse was primarily visible from the Southern Pacific Ocean, while a partial solar eclipse was discoverable across South America and lower North America. The above image composite was taken with a handheld digital camera last Friday. After a day of rain in Mt. Holly, North Carolina, USA, a partially eclipsed Sun momentarily peeked through a cloudy sky. After taking a sequence of images, the best eclipse shot was digitally combined with a less good eclipse shot that featured a passing airplane.