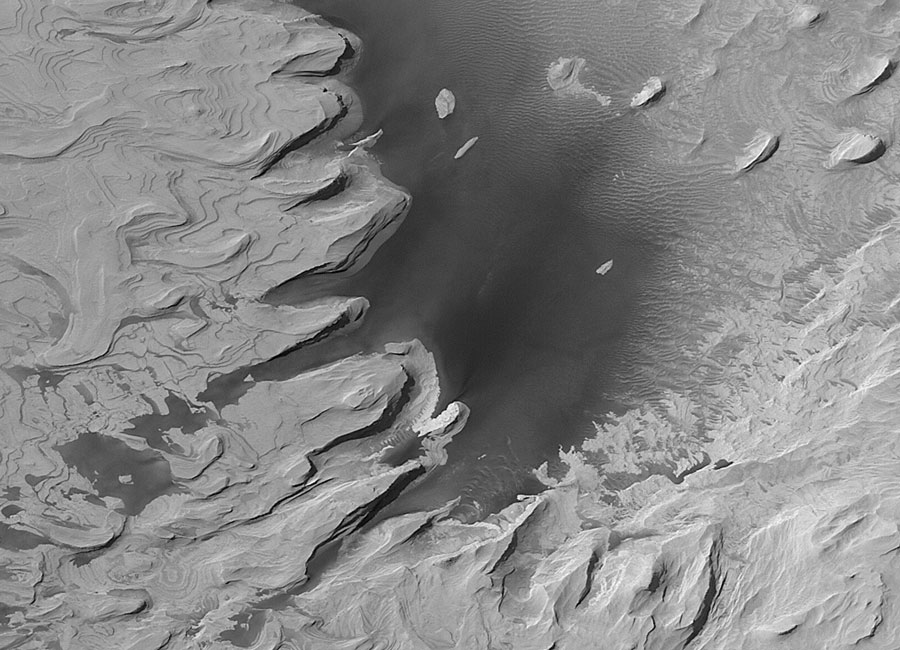 Explanation: Is this a picture of Mars or Earth? Oddly enough, it is a picture of Mars. What may appear to some as a terrestrial coastline is in fact a formation of ancient layered hills and wind-blown sand on Mars. The above-pictured region spans about three kilometers in Schiaparelli Crater. What created the layers of sediment is still a topic of research. Viable hypotheses include ancient epochs of deposit either from running water or wind-blown sand. Winds and sandstorms have smoothed and eroded the structures more recently. The "water" that appears near the bottom is actually dark colored sand. The image was taken with the Mars Global Surveyor spacecraft that operated around Mars from 1996-2006 and returned over 200,000 images.