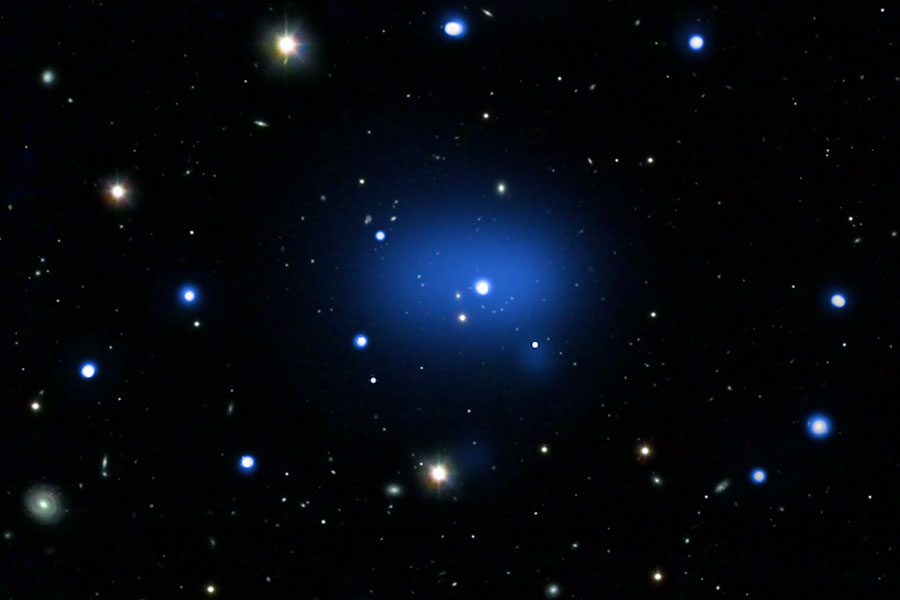 Explanation: What if we could see back to the beginning of the universe? We can -- since it takes the age of the universe for light to cross the universe. Peering at distant objects, therefore, tells us about how the universe used to be, even near its beginning. Since telescopes are therefore also time portals, observations of distant clusters can be used, for example, to investigate when and how these huge galaxy conglomerations formed. Previously, the redshift record for a galaxy cluster was about 1.5, corresponding to about nine billion light years distant. Recently, using data including X-ray images from the orbiting Chandra X-Ray Observatory, a new farthest cluster was identified. Shown above, JKCS041 is seen at redshift 1.9, corresponding to nearly one billion light years farther than the previous record holder. The hot X-ray gas that confirmed the apparent galaxy grouping as a true cluster of galaxies is shown above in diffuse blue, superposed on an optical image showing many foreground stars. JKCS041 is seen today as it appeared at only one quarter of the present age of the universe.