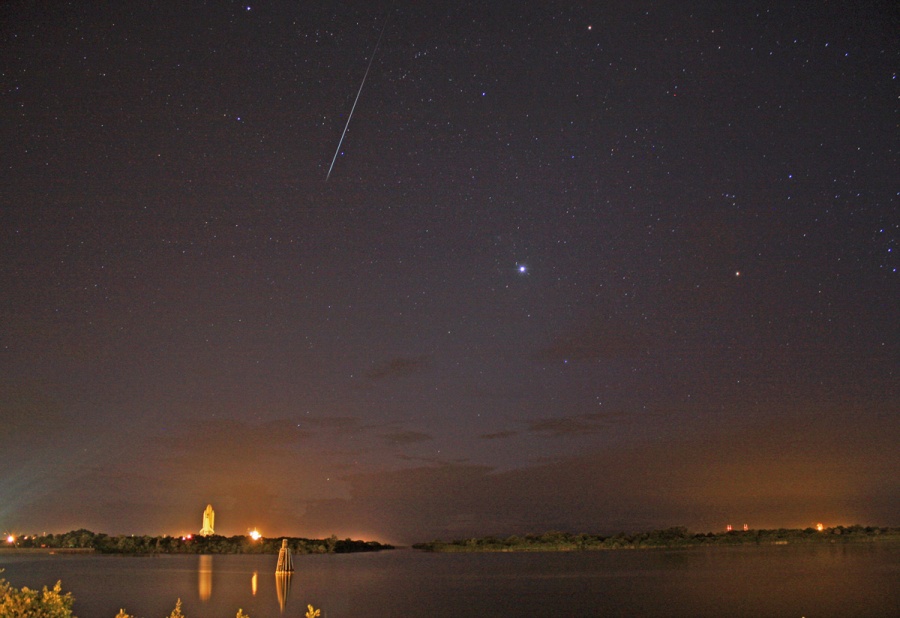 Explanation: This early morning skyscape was captured last week on August 4th, looking northeast across calm waters in the Turn Basin at NASA's Kennedy Space Center. In a striking contrast in motion, the space shuttle Discovery, mounted on a massive transporter, creeps toward launch pad 39A at less than two miles per hour, while a brilliant meteor streaks through the sky traveling many miles per second. Of course, this week skywatchers have seen many similar meteor streaks during the annual Perseid meteor shower. But the meteor flashing above Discovery is not likely to be one of the Perseids because its path doesn't point back to that shower's radiant. Seen here near picture center, brilliant planet Venus still dominates the sky as the Morning Star, though. Yellowish tinted Mars lies near the top of the frame and Orion's red giant star Betelgeuse is toward the right.