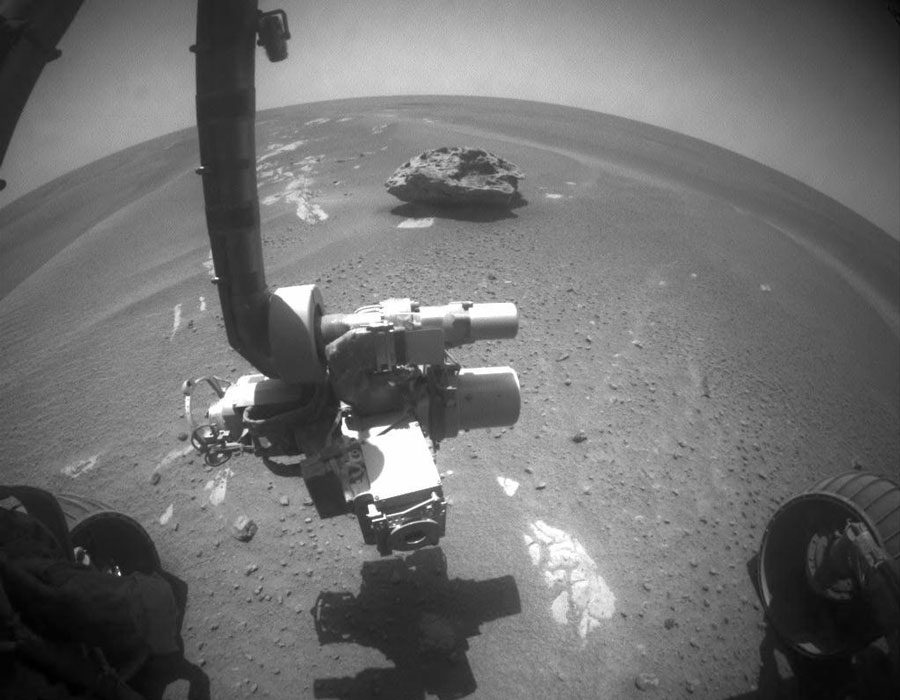 Explanation: What is this strange rock on Mars? Sitting on a smooth plane, the rock stands out for its isolation, odd shape, large size and unusual texture. The rock was discovered by the robotic Opportunity rover rolling across Mars late last month. Pictured, Opportunity prepares to inspect the unusual rock. After being X-rayed, poked, and chemically analyzed, the rock has now been identified by Opportunity as a fallen meteorite. Now dubbed Block Island, the meteorite has been measured to be about 2/3 of a meter across and is now known to be composed mostly of nickel and iron. This is the second meteorite found by a martian rover, and so far the largest. Vast smooth spaces on Mars and Earth can make large meteorites stand out. Opportunity continues its trip across Meridiani Planum on Mars and is on schedule to reach expansive Endeavour Crater next year.