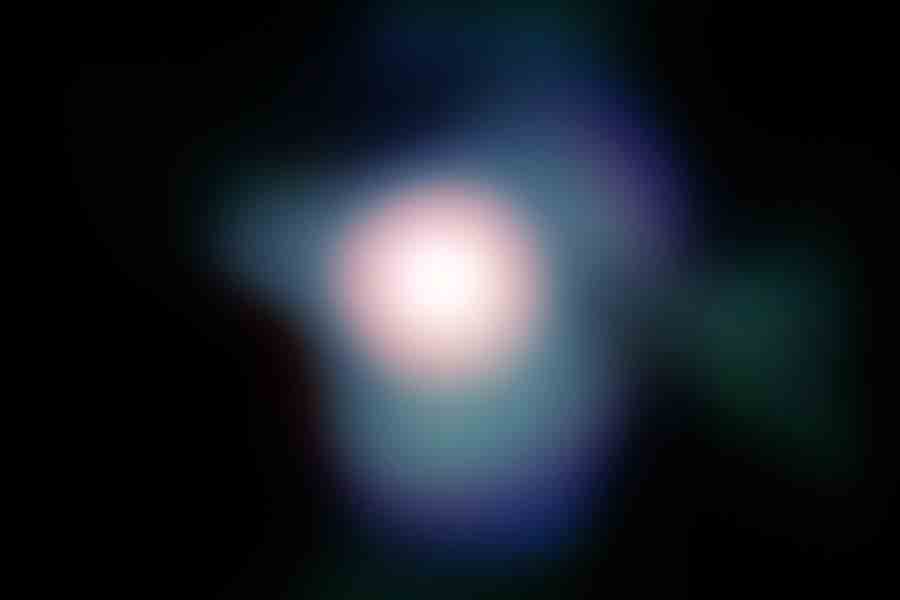 Explanation: The sharpest image ever of Betelgeuse shows a mammoth star that is slowly evaporating. Betelgeuse (sounds a lot like "beetle juice"), also known as Alpha Orionis, is one of the largest and brightest stars known. The star is a familiar orange fixture easily visible to the unaided eye toward the constellation of Orion. This recent image from the Very Large Telescope in Chile resolves not only the face of Betelgeuse, but a large and previously unknown plume of surrounding gas. This plume gives fresh indications of how the massive star is shedding mass as it nears the end of its life. Conversely, a series of previous observations indicate that the surface of Betelgeuse has noticeably shrunk, on the average, over the past decade. If Betelgeuse, a red supergiant star about 640 light years distant, were placed at the center of our Solar System, the plume would extend past the orbit of Jupiter. Since Betelgeuse is known to change its brightness irregularly, future observations may determine if changes its appearance irregularly as well. Betelgeuse is a candidate to undergo a spectacular supernova explosion almost anytime in the next few thousand years.