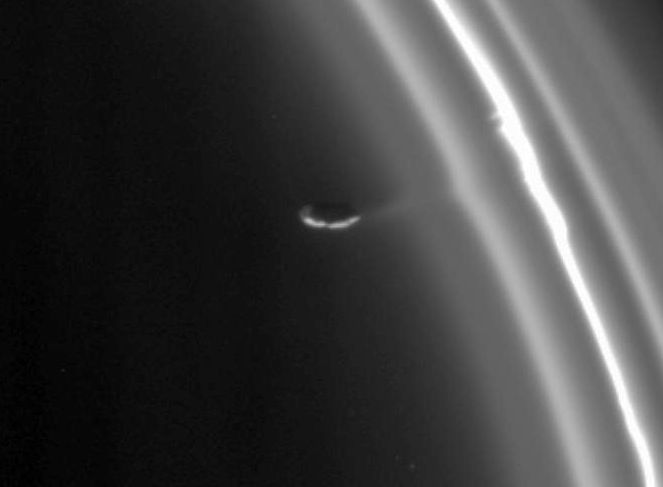 Explanation: In Greek Mythology, Prometheus was known for stealing fire from the gods. Ironically, in a story for more modern times Prometheus may also become known for stealing, but this time for stealing icy particles from Saturn's rings. This eerie close-up from the Cassini spacecraft shows the 100 kilometer-long Saturnian moon Prometheus orbiting near the inner edge of Saturn's F ring. The dramatic view clearly resolves the potato-shaped moon and multiple strands of the narrow F ring. It also reveals a faint strand of material connecting Prometheus with the rings. One possibility is that the tiny moon's gravity is indeed drawing off particles from the rings and is influencing the formation of the gaps and kinks seen in the ring structure.