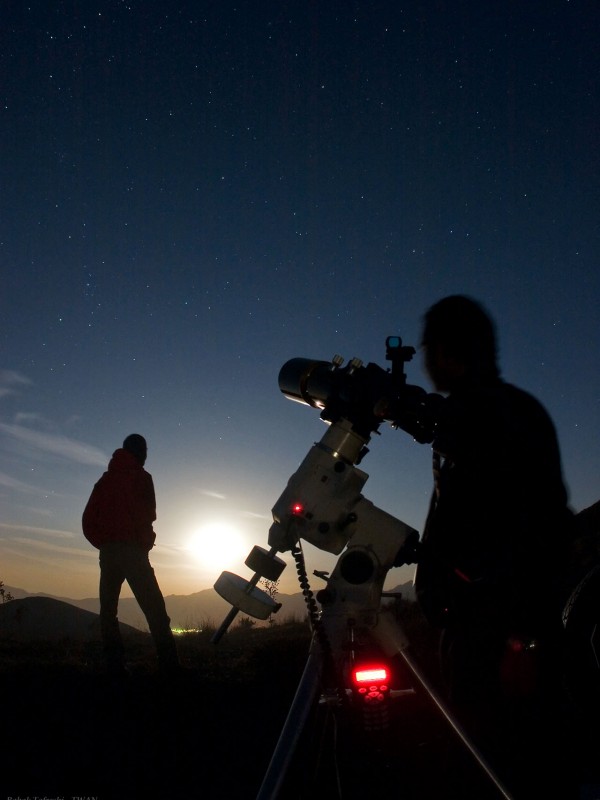 Explanation: As twilight sweeps around planet Earth tonight (April 4), many amateur astronomers will set up their telescopes for a 24-hour global star party. The planetwide star party is part of 100 Hours of Astronomy (100HA), a project of the International Year of Astronomy 2009. To join the party, members of the public can find a nearby organized event or planned webcast by consulting the schedules on the 100HA website. What could you see through a telescope tonight? For starters, a bright Moon will shine in the evening sky, offering telescopic observers spectacular views of impact craters, mountains, and lava-flooded mare. Tonight's other celestial targets include the crowd pleasing planet Saturn surrounded by its own moons, its rings tilted nearly edge-on.