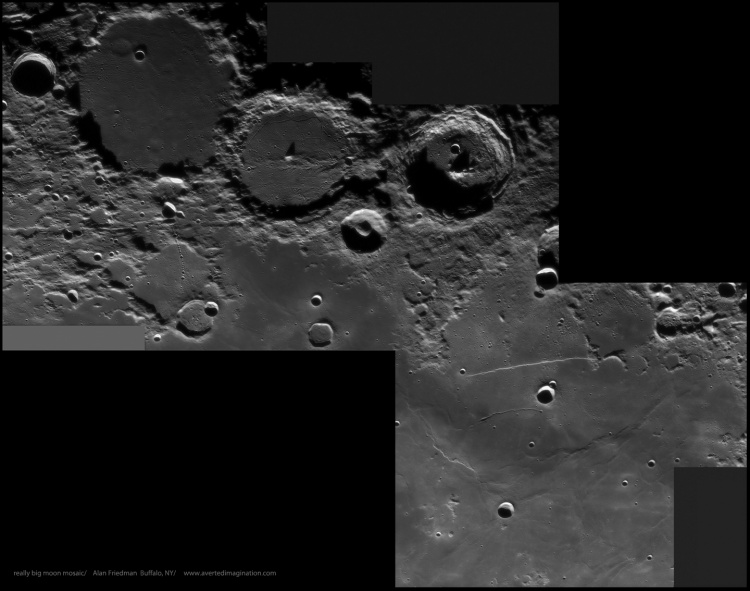 Explanation: These three ancient, large impact craters lie on the north eastern shores of Mare Nubium, the lunar Sea of Clouds. Along the top of the stark mosaic (left to right) are the namesakes of Ptolemaeus, Alphonsus and Arzachel. The picture offers a remarkably detailed view of the well-studied region with shadows emphasizing the large crater central peaks and slumping walls. Careful examination also reveals the 110 kilometer long Straight Wall, a fault 200-300 meters high, and the intriguing Davy crater chain. Overall, the striking moonscape is similar to the final images recorded by the Ranger 9 spacecraft, before it crashed into the 108 kilometer wide crater Alphonsus in March of 1965.