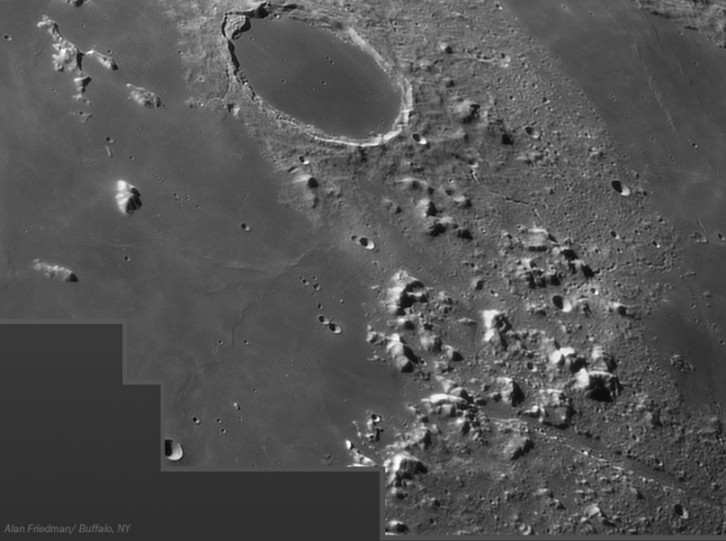 Explanation: The dark-floored, 95 kilometer wide crater Plato (top) and sunlit peaks of the lunar Alps are highlighted in this sharp digital mosaic of the Moon's surface. While the Alps of planet Earth were uplifted over millions of years as continental plates slowly collided, the lunar Alps were likely formed by a sudden collision that created the giant impact basin known as the Mare Imbrium (Sea of Rains). The mare's generally smooth, lava-flooded floor is seen extending to the left. The prominent straight feature cutting through the mountain range (lower right) is the lunar Alpine Valley, about 160 kilometers long and up to 10 kilometers wide. Of course, the large, bright alpine mountain near bottom center is named Mont Blanc and reaches over 3 kilometers above the lunar surface. Lacking an atmosphere, not to mention snow, the lunar Alps are probably not an ideal site for the Winter Olympic Games. Still, a 150 pound skier would weigh a mere 25 pounds on the Moon.