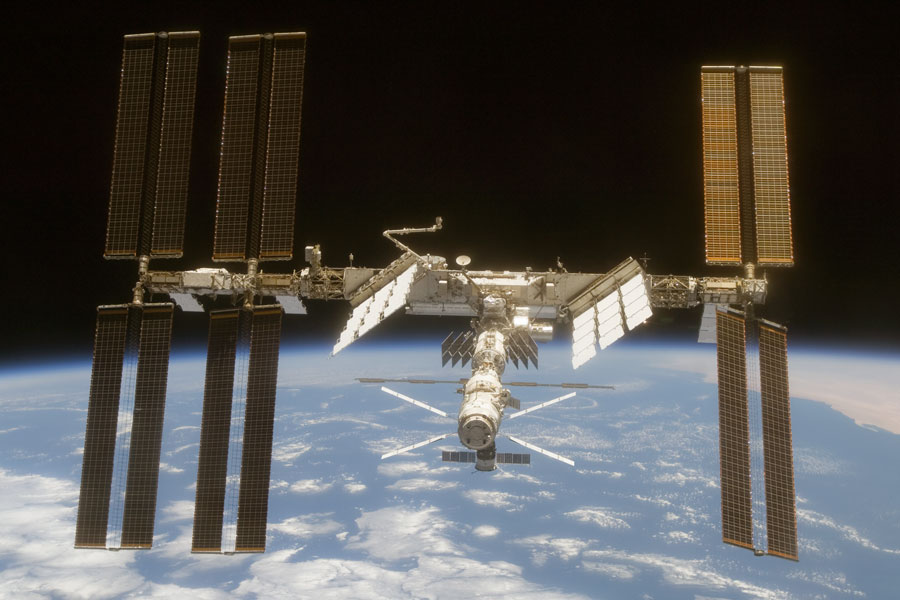 Explanation: The developing International Space Station (ISS) has changed its appearance again. Earlier this month, the Space Shuttle orbiter Discovery visited the ISS and added components that included Japan's Kibo Science Laboratory. The entire array of expansive solar panels is visible in this picture taken by the Discovery Crew after leaving the ISS to return to Earth. The world's foremost space outpost can be seen developing over the past several years by comparing the above image to past images. Also visible above are many different types of modules, a robotic arm, another impressive set of solar panels, and a supply ship. Construction began on the ISS in 1998.