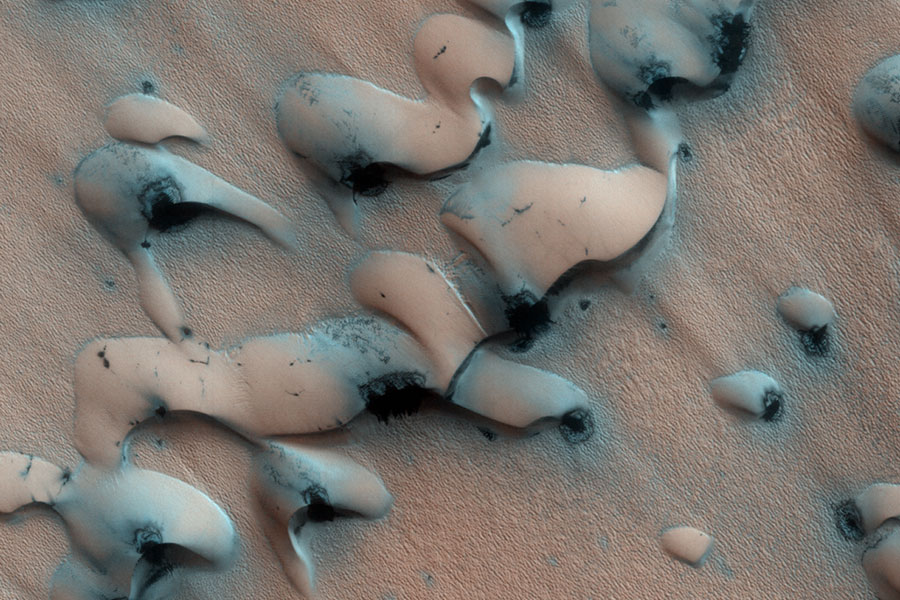 Explanation: What are these strange shapes on Mars? Defrosting sand dunes. As spring now dawns on the Northern Hemisphere of Mars, dunes of sand near the pole, as pictured above, are beginning to thaw. The carbon dioxide and water ice actually sublime in the thin atmosphere directly to gas. Thinner regions of ice typically defrost first revealing sand whose darkness soaks in sunlight and accelerates the thaw. The process might even involve sandy jets exploding through the thinning ice. By summer, spots will expand to encompass the entire dunes. The Martian North Pole is ringed by many similar fields of barchan sand dunes, whose strange, smooth arcs are shaped by persistent Martian winds.