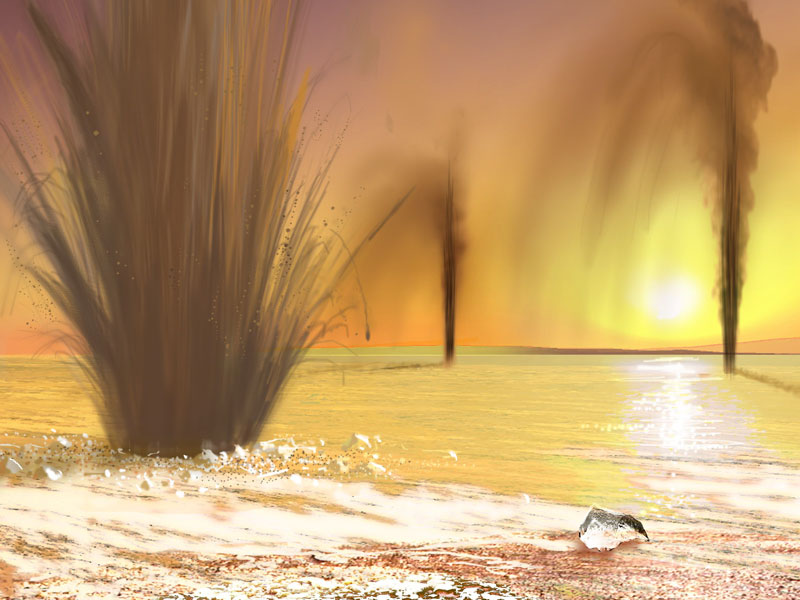 Explanation: What's causing seasonal dark spots on Mars? Every spring, strange dark spots appear near the Martian poles, and then vanish a few months later. These spots typically span 50 meters across and appear fan shaped. Recent observations made with THEMIS instrument onboard NASA's Mars Odyssey, currently orbiting Mars, found the spots to be as cold as the carbon dioxide (CO2) ice beneath them. Based on this evidence, a new hypothesis has been suggested where the spots are caused by explosive jets of sand-laden CO2. As a pole warms up in the spring, frozen CO2 on the surface thins, perforates, and begins to vent gaseous CO2 held underneath. Within this hypothesis, interspersed dark sand would explain the color of the spots, while the underlying frozen CO2 would explain the coolness of the spots. Pictured above, an artist depicts what it might be like to stand on Mars and witness the venting of these tremendous gas and dust jets.