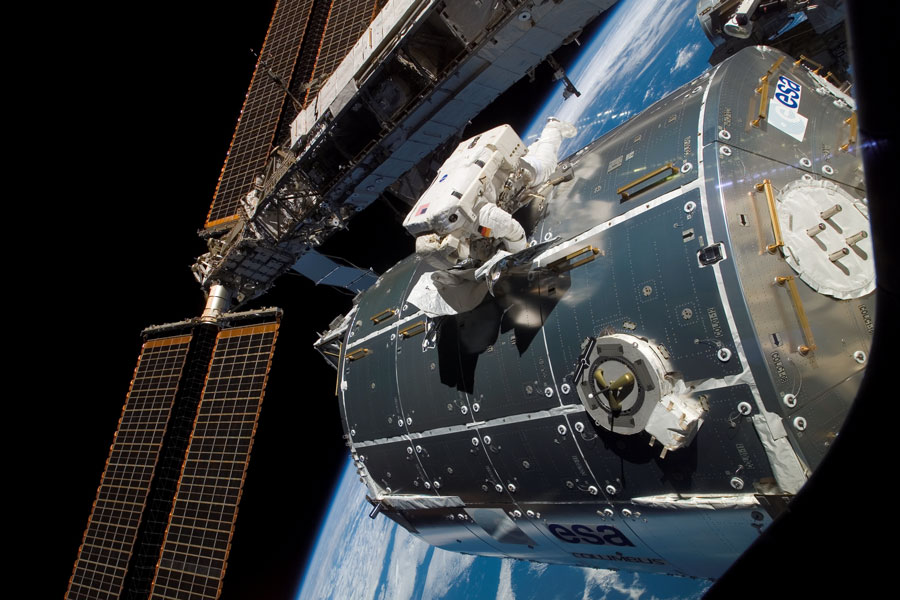 Explanation: The International Space Station (ISS) has been equipped with a powerful new scientific laboratory. The Space Shuttle Atlantis delivered the Columbus Laboratory to the ISS and installed the seven meter long module over the past week. Columbus has ten racks for experiments that can be controlled from the station or the Columbus Control Center in Germany. The first set of experiments includes the Fluid Science Laboratory that will explore fluid properties in the microgravity of low Earth orbit, and Biolab which supports experiments on microorganisms. Future Columbus experiments include an atomic clock that will test minuscule timing effects including those expected by Einstein's General Theory of Relativity. Pictured above, mission specialist Hans Schlegel works on the outside of Columbus. Scientists from all over the world may propose and carry out experiments to be done on the laboratory during its ten year mission.