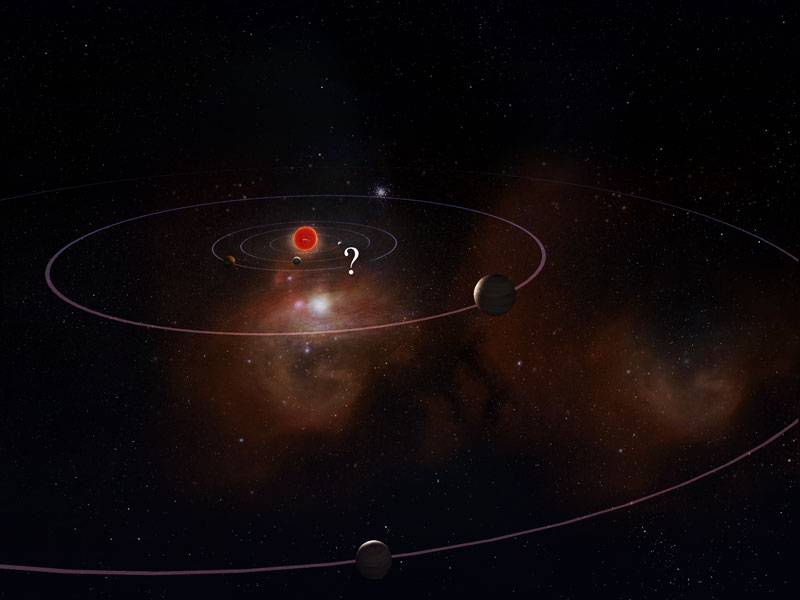 Explanation: How common are planetary systems like our own? Perhaps quite common, as the first system of planets like our own Solar System has been discovered using a newly adapted technique that, so far, has probed only six planetary systems. The technique, called gravitational microlensing, looks for telling brightness changes in measured starlight when a foreground star with planets chances almost directly in front of a more distant star. The distant star's light is slightly deflected in predictable ways by the gravity of the closer system. Recently a detailed analysis of microlensing system OGLE-2006-BLG-109 has related brightness variations to two planets that are similar to Jupiter and Saturn of our own Solar System. This discovery carries the tantalizing implication that interior planets, possibly including Earth-like planets, might also be common. Pictured above is an artistic conception of how the BLG-109 planetary system might look.