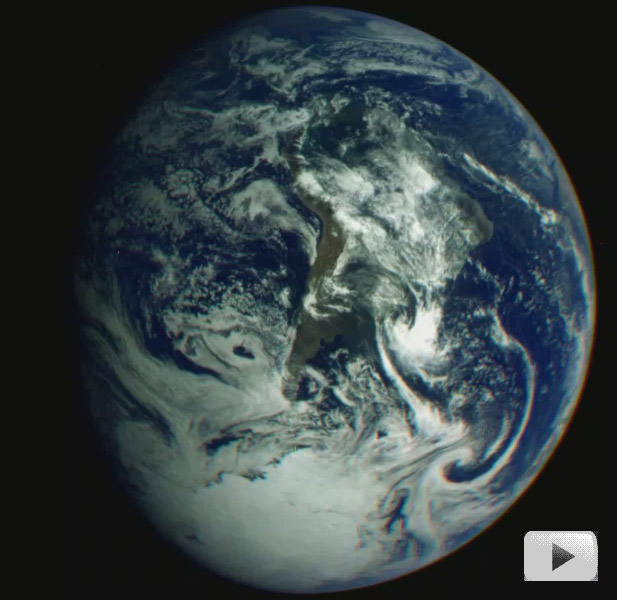 Explanation: When passing Earth on your way to Jupiter, what should you look for? That question arose for the robotic Galileo spacecraft that soundlessly coasted past the Solar System's most photographed orb almost two decades ago. The Galileo spacecraft, although originally launched from Earth, coasted past its home world twice in an effort to gain speed and shorten the duration of its trip to Jupiter. During Galileo's first Earth flyby in late 1990, it made a majestically silent home movie of our big blue marble rotating by taking images almost every minute during a 25-hour period. The above picture is one frame from this movie -- clicking on this frame will put it in motion (in many browsers). Visible on Earth are vast blue oceans, swirling white clouds, large golden continents, and even one continent frozen into a white sheet of water-ice. As Galileo passed, it saw a globe that not only rotated but began to recede into the distance. Galileo went on to a historic mission uncovering many secrets and mysteries of Jupiter over the next 14 years, before performing a final spectacular dive into the Jovian atmosphere.