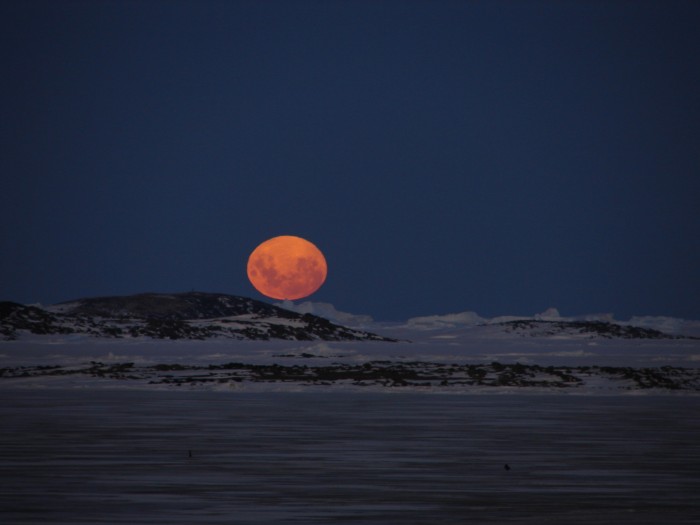 Explanation: Last week, the nearly Full Moon set along the northern horizon - as seen from Davis Station, Antarctica. The squashed orange pumpkin shape just silhouettes the peak of a distant iceberg in this stunning view. The Moon's apparently squashed shape is due to atmospheric bending of light or refraction - an effect which is more severe closer to the horizon. Skimming low along the stark features of the frozen landscape, the Moon's lower edge appears noticeably more distorted than the upper limb. Along with about 70 others present at Davis Station, Dr. Jim Behrens had a chance to enjoy the view while studying the ongoing detachment of a large iceberg known as "Loose Tooth".