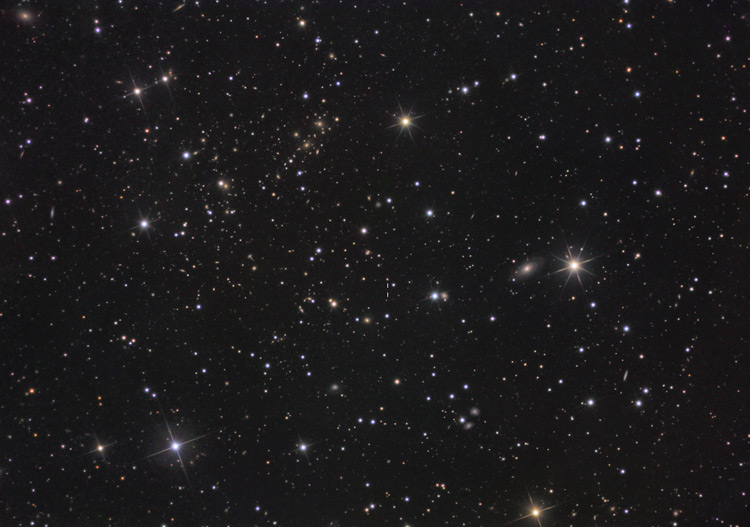 Explanation: Spiky stars are nearby, but fuzzy galaxies are strewn far across the Universe in this cosmic view. Spanning about 1/2 degree on the sky, the pretty picture is the result of astronomer Johannes Schedler's project to look back in time, toward a quasar 12.7 billion light-years away. The quasar is just visible in the full resolution image at the position marked by short vertical lines (center). The intrinsically bright nucleus of a young, active galaxy powered by a supermassive black hole, the quasar was recently identified as one of the most distant objects known. Since light travels at a finite speed, the galaxies receding into the distance are seen as they were in the increasingly remote past. The quasar appears as it did about 12.7 billion years ago, when the Universe was just 7 percent of its present age. Of course, the expansion of the Universe has redshifted the light. Schedler added image data extending to the near-infrared, acquired by collaborator Ken Crawford, to detect the distant quasar, with a measured redshift of 6.04.