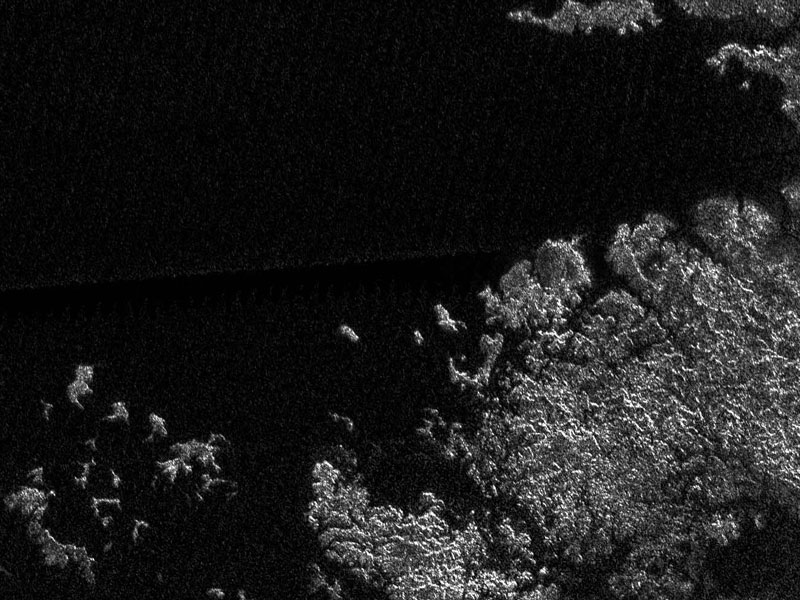 Explanation: What is this vast dark region on Titan? Quite possible a sea of liquid hydrocarbons. The region was imaged earlier this month when the robotic Cassini spacecraft swooped past Saturn's cloudy moon and illuminated part of it with radar. The dark region in the above image reflected little radar, an effect expected were the dark surface relatively flat, as expected for a liquid. Other indications that the vast dark area is liquid include the coastline-like topology of the brighter regions, which appear to include islands, inlets, and tributary channels. The uninterrupted smoothness of much of the dark sea may indicate that the sea runs deep, with speculation holding a depth estimate of tens of meters. A hydrocarbon sea on Titan holds particular interest for exobiologists as it might be a place where life could develop. In 2005 the Huygens probe landed on Titan and returned the first surface images. Cassini will continue to explore Titan, as 13 more flybys are planned.