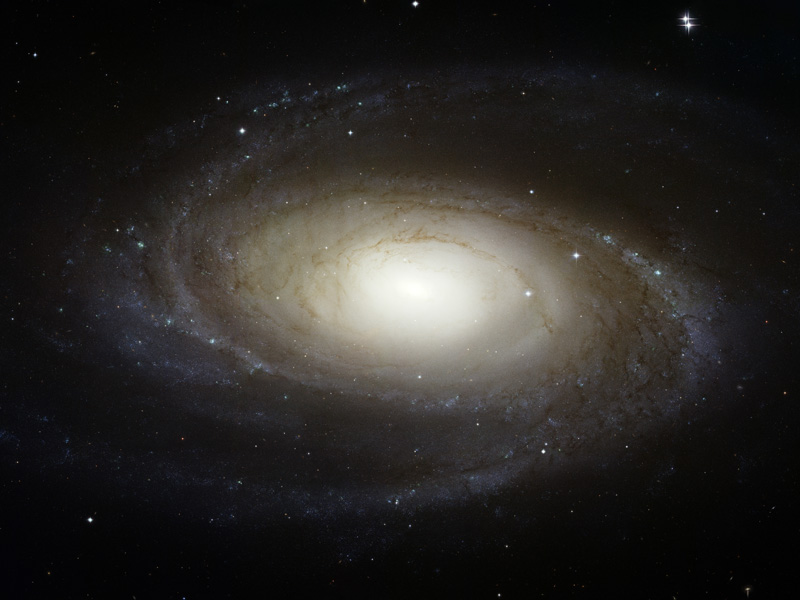 Explanation: The Hubble Space Telescope has resolved individual stars in a spectacular new image of nearby spiral galaxy M81. The feat is similar to Edwin Hubble's historic images with the Mt. Wilson 100-inch Hooker Telescope in the 1920s that resolved stars in neighboring galaxy M31. Edwin Hubble was able to use individual Cepheid variable stars to show that M31 was not nearby swirling gas but rather an entire galaxy like our Milky Way Galaxy. This above image in visible light taken by the Hubble Space Telescope is being used in conjunction with images being taken in ultraviolet by Galex, infrared by Spitzer, and X-rays with Chandra to study how stars have formed and died over the history M81. Light takes about 12 million years to reach us from M81. M81 is visible with binoculars toward the constellation of the Great Bear (Ursa Major).