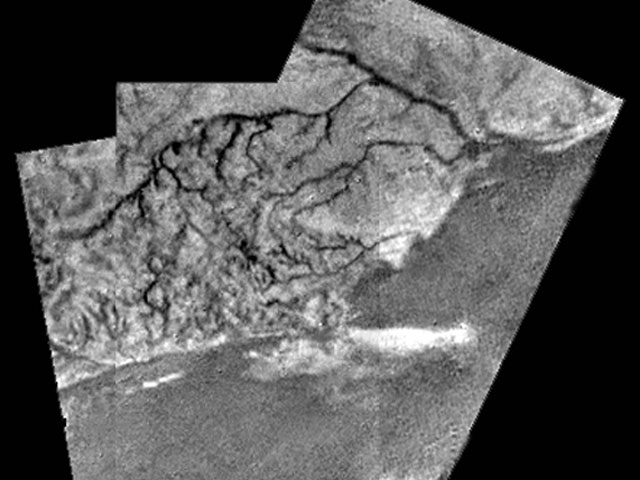 Explanation: Methane rain, evaporating lakes, flowing rivers, and water ice-volcanoes all likely exist on Saturn's moon Titan, according to preliminary analyses of recent images taken by the successful Huygens lander. A snaking and branching riverbed is identified with the dark channel near the top of the above image, while a dark lakebed is identified across the image bottom. Both the riverbed and lakebed were thought to be dry at the time the image was taken but contained a flowing liquid - likely methane - in the recent past. Titan's surface was found to appear strangely similar to Earth even though it is so cold that methane flows and water freezes into rock-hard ice. Although the Huygens probe has now run out of power, the images it returned will likely be studied for decades to come. The Cassini mothership is scheduled to continue to orbit Saturn and return images for several more years.