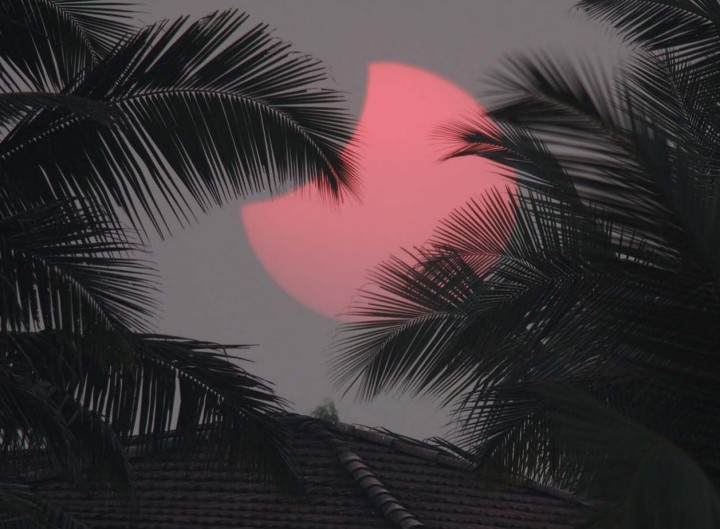 Explanation: On Moonday, March 19, shortly before the equinox, locations in Asia and the Arctic were favoured by the New Moon's shadow during a partial solar eclipse. Although the view from Goa, India found the eclipsed Sun near the horizon, photographer Joerg Schoppmeyer was still able to capture this lovely image, combining celestial with terrestrial silhouettes. The next eclipse season will begin in late August this year, featuring a total lunar eclipse on August 28, and another partial solar eclipse on September 11. Compared to the March 19th eclipse, the September 11th eclipse will be seen on the other side of our fair planet, from parts of South America and Antarctica.