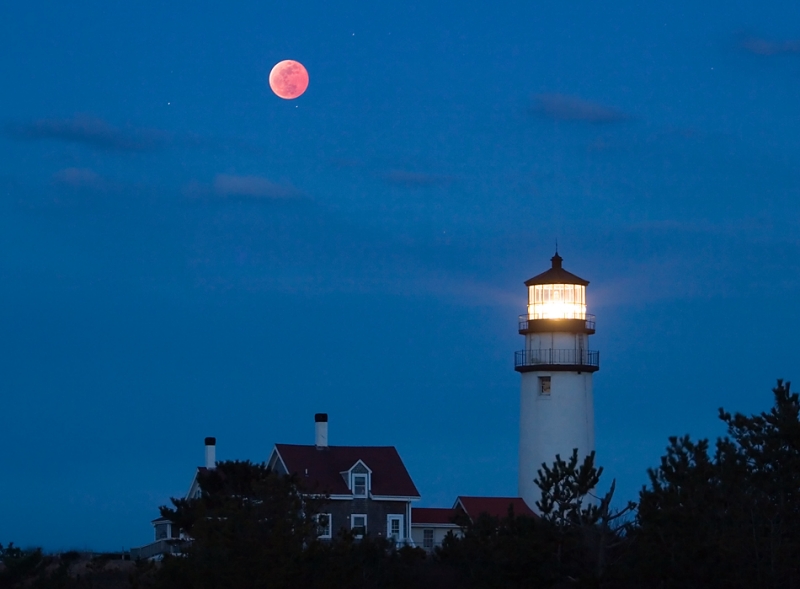 Explanation: A red Moon rose over Cape Cod, Massachusetts, USA on March 3rd, immersed in Earth's shadow near the total phase of a lunar eclipse. This serene portrait of the eclipsed Moon in a dark blue twilight sky also features the Highland Lighthouse (aka Cape Cod lighthouse), another more locally familiar beacon in the night. Now automated, the 66 foot tall structure in use today was built in 1857. How often has there been an eclipse within view of the Highland light? For locations on planet Earth there are about two eclipse seasons each year. So, eclipses have actually had many chances to be part of the pictorial history of the Highland Lighthouse, including a total solar eclipse in 1932.