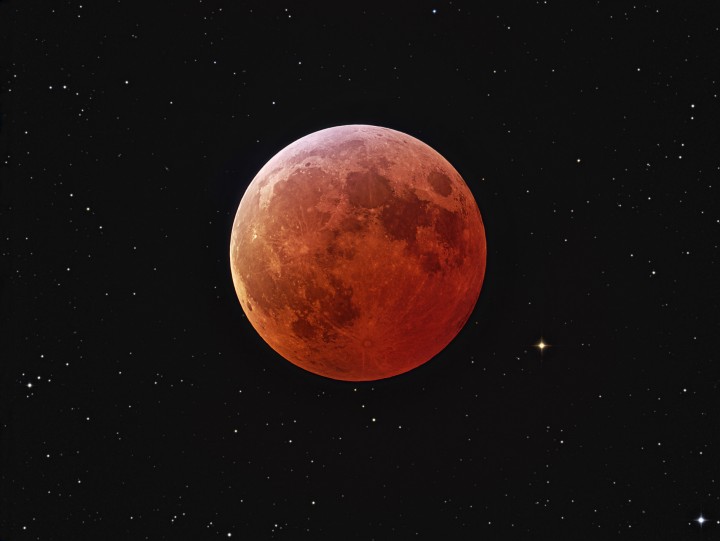 Explanation: This dramatic image features a dark red Moon during a total lunar eclipse -- celestial shadow play enjoyed by many denizens of planet Earth last Saturday. Recorded near Wildon, Austria, the picture is a composite of two exposures; a relatively short exposure to feature the lunar surface and a longer exposure to capture background stars in the constellation Leo. Completely immersed in Earth's cone-shaped shadow during the total eclipse phase, the lunar surface is still illuminated by sunlight, reddened and refracted into the dark shadow region by a dusty atmosphere. As a result, familiar details of the Moon's nearside are easy to pick out, including the smooth lunar mare and the large ray crater Tycho. In this telescopic view, the background stars are faint and most would be invisible to the naked eye.