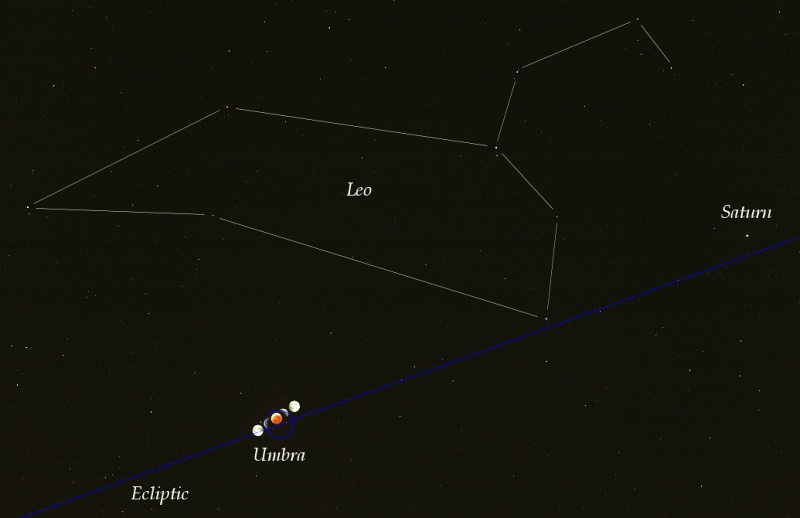 Explanation: When a Full Moon lies near the ecliptic there can be a lunar eclipse. That cosmic alignment is well illustrated in this composite of eclipse images recorded last Saturday near Paris, France. The projection of the ecliptic plane, the plane of planet Earth's orbit around the Sun, is traced by the long blue line running diagonally through the picture. At a small angle to the ecliptic, along the Moon's orbit, are a series of images from the eclipse itself following the Moon as it moves (down and left) through Earth's shadow. A small blue circle centered on the ecliptic outlines the extent of the dark region of the shadow or umbra. Above, the principal stars of Leo are highlighted, while at the far right lies another celestial wanderer that stays close to the ecliptic - Saturn.