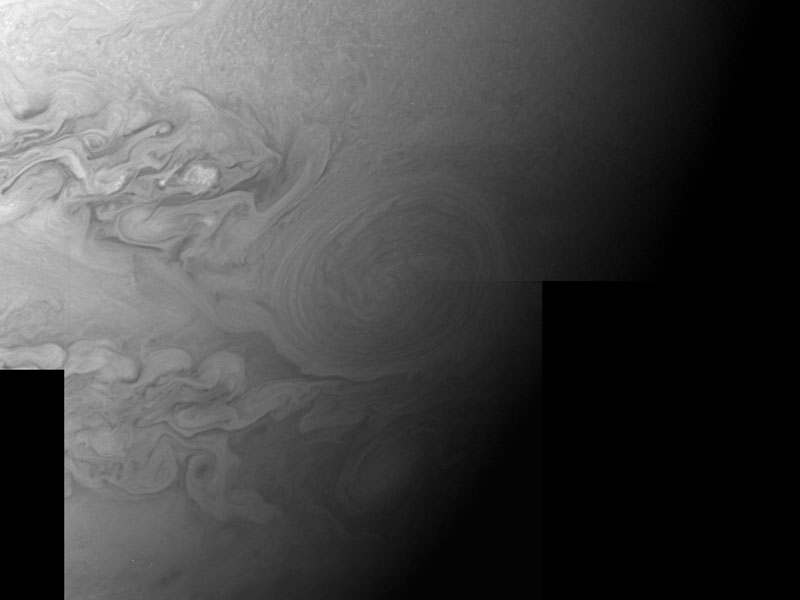 Explanation: A new spacecraft is headed for the outer Solar System. Named New Horizons, this robotic explorer passed Jupiter last week after being launched only in early 2006. New Horizons is being pulled by Jupiter's gravity to a greater speed toward its next target: Pluto in 2015. During its encounter with Jupiter, New Horizons was able to capture new images of many Jovian moons, Jupiter's complex and ever-changing atmosphere, and Jupiter's Little Red Spot, pictured above. Formed over the past few years from several smaller storms, Jupiter's Little Red Spot survived a near miss with Jupiter's better-known Great Red Spot last year. The above image of Jupiter covers over twice the diameter of the Earth.

Tomorrow's picture: How does the man in the moon get his hair cut? < | Archive | Index | Search | Calendar | Glossary | Education | About APOD | Discuss | >