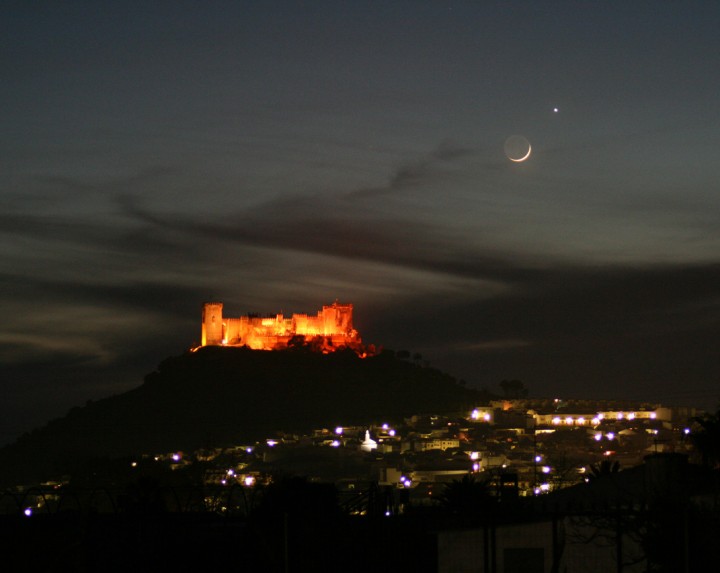 Explanation: While Comet McNaught ruled southern skies, last week's conjunction of the Moon and Venus could be enjoyed by denizens of both hemispheres of planet Earth. The two more commonly viewed celestial beacons produced this lovely twilight scene, recorded last Saturday in skies above Almodovar near Cordoba in southern Spain. Brilliant Venus and a slender crescent Moon seem to overlook the small town, along with a well-lit Castle Almodovar. The impressive castle's construction began in the 700s on the strategic site of a Roman fort. It was extensively restored in the 20th century.