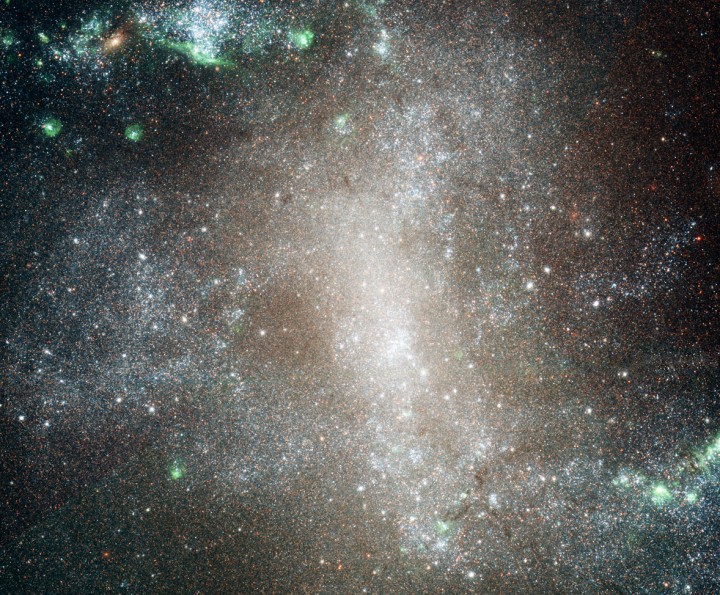 Explanation: Like grains of sand on a cosmic beach, individual stars of barred spiral galaxy NGC 1313 are resolved in this sharp composite from the Hubble Space Telescope's Advanced Camera for Surveys (ACS). The inner region of the galaxy is pictured, spanning about 10,000 light-years. Hubble's unique ability to distinguish individual stars in the 14 million light-year distant galaxy has been used to unravel the fate of star clusters whose bright young stars are spread through the disk of the galaxy as the clusters dissolve. The exploration of stars and clusters in external galaxy NGC 1313 offers clues to star formation and star cluster evolution in our own Milky Way.