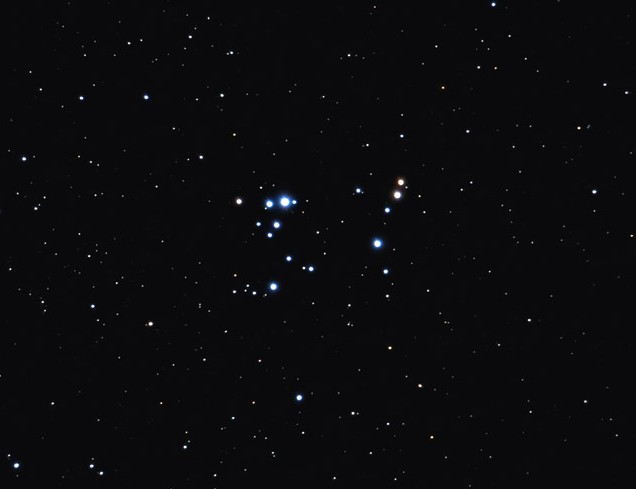 Explanation: For the mostly harmless denizens of planet Earth, the brighter stars of open cluster NGC 2169 seem to form a cosmic 37. (Did you expect 42?.) Of course, the improbable numerical asterism appears solely by chance and lies at an estimated distance of 3,600 light-years toward the constellation Orion. As far as galactic or open star clusters go, NGC 2169 is a small one, spanning about 7 light-years. Formed at the same time from the same cloud of dust and gas, the stars of NGC 2169 are only about 8 million years old. Such clusters are expected to disperse over time as they encounter other stars, interstellar clouds, and experience gravitational tides while traveling through the galaxy. Over four billion years ago, our own Sun was likely formed in a similar open cluster of stars.