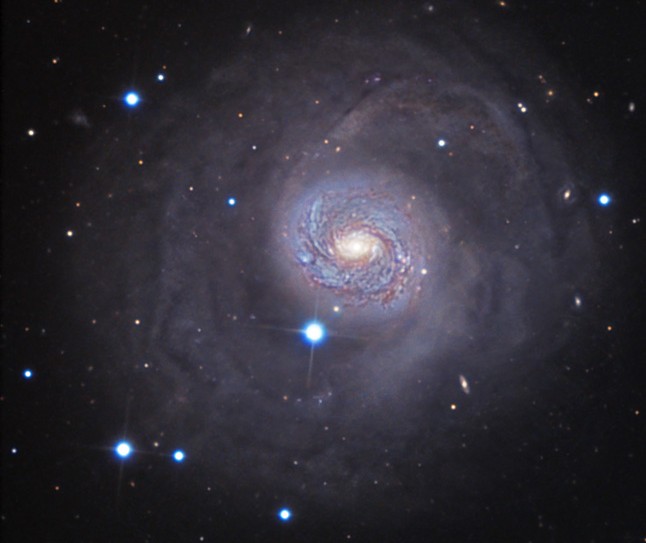 Explanation: Face-on spiral galaxy M77 lies a mere 60 million light-years away toward the aquatic constellation Cetus. Also known as NGC 1068, its very bright core is well studied by astronomers exploring the mysteries of supermassive black holes in active galaxies. While M77 is also seen at x-ray, ultraviolet, infrared, and radio wavelengths, this visible light image highlights another remarkable aspect of the galaxy. In the picture, the data has been enhanced to show outer faint details, following spiral arms and structures that reach far beyond the galaxy's brighter central regions. Including the fainter outskirts, the galaxy's diameter is well over 100 thousand light-years at M77's estimated distance, making it larger than our own spiral Milky Way.