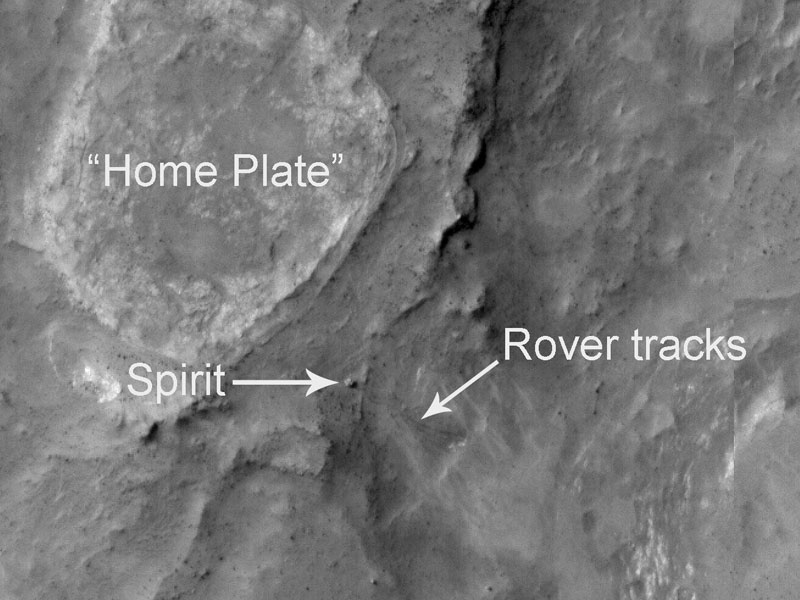 Explanation: If you have the right equipment, you can see the Spirit rover currently rolling across Mars. The right equipment, however, is currently limited to the High Resolution Imaging Science Experiment onboard the Mars Reconnaissance Orbiter (MRO). MRO arrived at Mars in March and just started science observations of the red planet last month. Visible in the above spectacularly high resolution image is the Spirit rover in the Columbia Hills of Mars. Objects as small as one meter are resolved. Also visible are the tracks made by the robot explorer and a large plateau of layered rock dubbed Home Plate. MRO will continue to image the red planet in unprecedented detail, creating images that will likely be important in better understanding the geology and weather on Mars, as well as indicating good candidate landing sites for future missions to Mars.