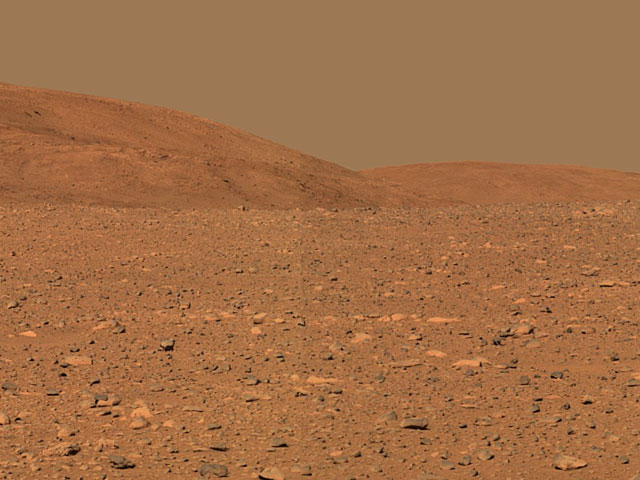 Explanation: The Spirit robotic rover on Mars has now reached the Columbia Hills on Mars. Two of the hills are shown on approach near the beginning of June. The above true-color picture shows very nearly what a human would see from Spirit's vantage point. The red color of the rocks, hills, and even the sky is caused by pervasive rusting sand. Spirit has now traveled over 3 kilometers since it bounced down onto the red planet in January. The robotic explorer, controlled and programmed remotely from Earth, is now investigating a rock called Pot of Gold. On the other side of Mars, Spirit's twin Opportunity is now inspecting unusual rocks inside a pit dubbed Endurance crater.