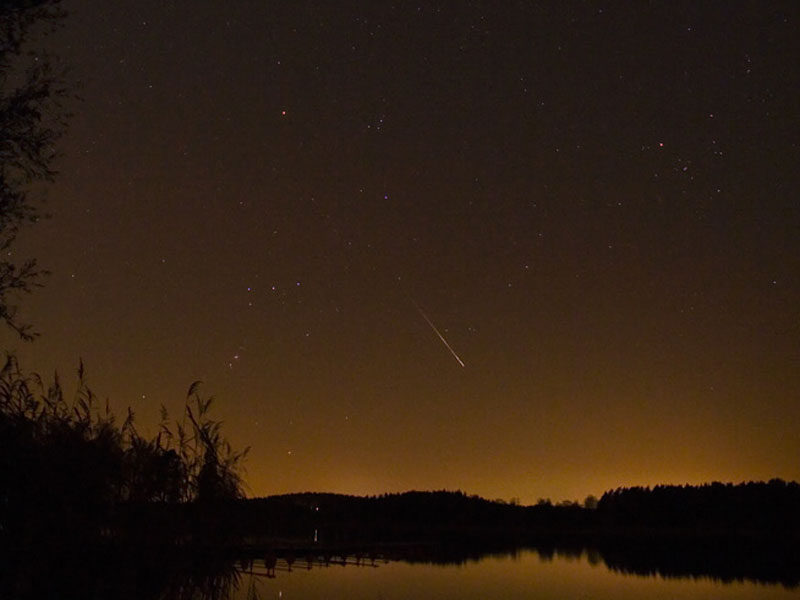 Explanation: This past weekend, small remnant bits of a distant comet lit up the skies over much of planet Earth. Incoming reports, however, have this year's Leonid meteor shower as less active than Leonid meteor showers a few years ago. Nevertheless, some sky enthusiasts reported peak meteor bursts as high as one visual meteor per minute. The parent body of the Leonids meteor shower, Comet Tempel-Tuttle, leaves a trail of expelled sand-size particles every 33 years when it returns to the inner Solar System. When the Earth passes through a stream of these Sun-orbiting particles, a meteor shower results. Pictured above, a Leonid meteor was captured two days ago during the early morning hours of November 19 over Vallentuna, Sweden. Although activity levels in meteor showers are notoriously hard to predict, some astronomers speculate that Aurigids meteor shower next September might be unusually rich in bright meteors.